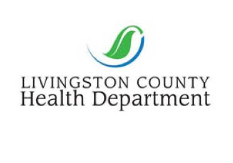 
UPDATE: A previous version of this story did not delineate that the new quarantine policy announced last week by all five Livington County school districts pertained to 7th through 12th-grade students. That has now been clarified.


One of the epidemiologists that work for the Livingston County Health Department (LCHD) has left her position, just a week after a new scaled-back school quarantine policy was announced.

Posting on Facebook Wednesday, Elizabeth Levin-Sparenberg said that while it was her last “last day as an Epidemiologist with LCHD” she wanted to share a direct link for residents “to get scheduled for any type of COVID vaccine at the health department." Epidemiologists are public health workers who investigate patterns and causes of disease and seek to reduce the risk and occurrence of negative health outcomes through community education and health policy.

She called the staff and volunteers who run those clinics “top notch” and then added that they are “just as frustrated as you are, but they keep showing up because they know what they do is important even if county leadership doesn’t seem to think so…)” She then urged residents to get their children vaccinated before the holidays.

Earlier this week, the Livingston County Board of Commissioners approved a contract 6-3 to continue using the Chilson Hills Baptist Church in Howell for COVID vaccination clinics. While several commissioners expressed doubt that there would be public demand to get the COVID booster shots, County Administrator Nathan Burd informed the board that most of the health department’s upcoming appointment slots are booked over the next several weeks.

Further friction with the health department occurred in September when Commissioners twice voted to reject $1.5-million in COVID-19 support and response funds from the Michigan Department of Health & Human Services. When the original vote to reject the funding occurred in August, several LCHD employees reached out to WHMI to say that morale at the department was low. All of them wished to remain anonymous for fear for their jobs, although one said that they were “appalled that we ran 24/7 during a pandemic and left our families at home so we could help the citizens of Livingston County and this is the thanks we get.”

Levin-Sparenberg’s departure also comes as Livingston County is advertising for both a full and part-time epidemiologist and less than ten days after a new policy was announced by all five public school districts and approved by the LCHD, that essentially ends quarantines for 7th through 12th-grade students identified as close contacts of confirmed COVID cases as long as they are not showing any symptoms. Fowlerville Community Schools extended the policy to all students K-12, although they did so against the health department's recommendation.

The policy is at odds with scientific research that has indicated one of COVID-19’s hallmarks is that carriers can be asymptomatic and that "symptom-based surveillance alone is inadequate for control" of the virus.

Currently, at least one local elementary school, Hornung Elementary in Brighton, has had to go to all online learning through the Thanksgiving break because of a COVID outbreak. However, many other classrooms across all of the county’s school districts, none of which have mask mandates, have also been forced to switch to online learning.

Livingston County moved to hire an epidemiologist in March of 2020 just as the pandemic was beginning. A request for comment on the departure of the Epidemiologist was sent to Administrator Burd but was not returned.