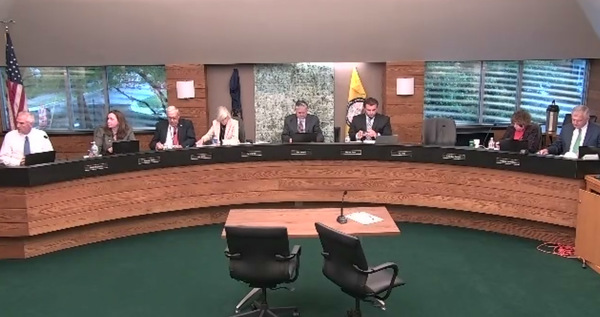 Following nearly three and a half hours of public comment, the Livingston County Board of Commissioners Finance Committee again rejected a resolution that would bring $1.5-million in COVID-19 support and response funds to the county health department.

This morning’s meeting stretched into the afternoon as residents turned out to the County Board’s Chambers as well as join in on Zoom. Last month, the resolution to accept federal funding through the state health department failed to get the needed 5 votes to pass, largely backed on resident fear of the money coming with “strings attached.”

A new resolution to accept the funds, but limit their use, was before the committee after previously passing through the Health & Human Services Committee. However, it failed on a 6-3 vote with Commissioners Mitchell Zajack, Carol Griffith and Carol Sue Reader in support, while Commissioners Wes Nakagiri, Doug Helzerman, Jay Gross, Martin Smith, Jay Drick and Brenda Plank voted it down.

Commissioner Zajac drafted the new resolution which added expressly written restrictions against using the funds to vaccinate minors without parental permission, something that has never been proposed, nor institute county-wide vaccine or mask mandates.

As has been the case for the past several meetings, those opposed to accepting the funds again stated their belief that doing so would lead to an infringement of their rights with the implementation of mask and vaccine mandates for their children. Those in favor of the funding again expressed their hope that the commissioners could look beyond the politics and make sure that the health department had the funds it needed to deal with the pandemic.

The second call to the public was dominated by individuals who praised the commissioners for rejecting the funding.