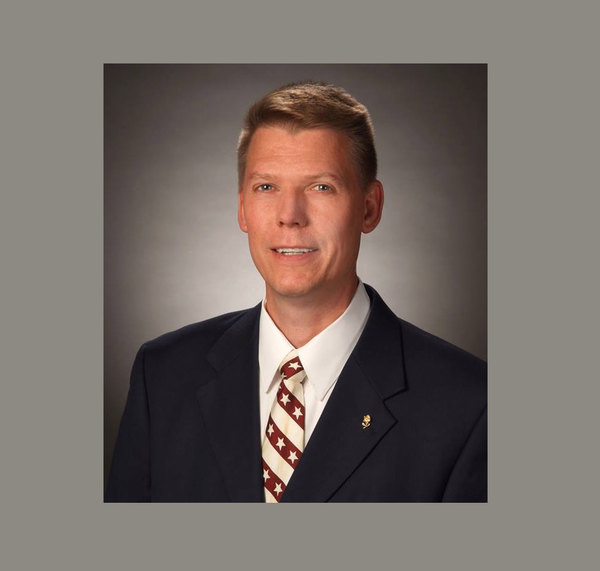 
A former Livingston County Commissioner will continue to serve in his capacity on a regional parks board despite failing to win reappointment.

The reappointment of Steve Williams was expected to be routine when it came before the Livingston County Board of Commissioners last month. Williams, a 28 year veteran of the U.S. Army, had previously served for 12 years as a county commissioner before his appointment in 2016 to the Huron-Clinton Metropolitan Authority (HCMA) Board.

However, it was anything but routine when County Board Chair Wes Nakagiri came out against Williams, specifically because he supported the Metroparks Diversity, Equity and Inclusion plans. Ultimately, Williams failed to win reappointment, although Nakagiri’s hand-picked successor, Tami Carlone, was not approved to replace Williams after questions were raised about her eligibility. Williams claimed that as he was the incumbent, and a successor had not been appointed, he retained the position. Nakagiri earlier this week stated that he disagreed with that interpretation and said the seat was vacant.

On Thursday, that question was apparently settled when the Metropolitan Authority Board held their monthly meeting, in which a legal opinion was released that backed Williams. When asked about the opinion, Metroparks Director Amy McMillan told WHMI that the issue over Steve Williams' reappointment is a local one to Livingston County and the "Metroparks do not get involved in local politics." However, she said their legal counsel did provide an opinion which determined that any board member whose appointment has expired - whether they’ve been appointed by a local governing body such as the county they represent or by the governor – "continues to serve until such time they are reappointed by the governor or local unit or someone is appointed in their place."

A seven-member Board of Commissioners governs the Huron-Clinton Metropolitan Authority. Two are appointed by the governor and five others are appointed to represent Livingston, Oakland, Washtenaw, Wayne and Macomb Counties.

When asked about the opinion, Nakagiri told WHMI that his belief Williams was no longer on the board was based on what he viewed as a lack of statutory authority, but that after being provided a copy of HCMA Bylaws and an opinion from HCMA legal counsel he says it appears they support a holdover of the position, although he contends there is still no statutory authority for it. His full statement is posted below.

As to exactly who will eventually replace Williams, a new process to vet appointees is expected to come before the Livingston County Board of Commissioners on Monday. If it is approved, new applicants could be sought and then voted on. How long that will take is not known.

Carlone, meanwhile, appears to no longer be in contention after Commissioner Mitchell Zajac, who initiated the idea for a new vetting process, said this week that he no longer supported Carlone, who only recently moved to the county, has no parks and recreation experience, and who applied for the appointment past the application deadline.

Also at Thursday's meeting of the HCMA Board, an audit presentation by independent auditors Plante Moran was made, which highlighted revenues and expenditures and reported a very healthy fund balance. The board voted to receive and file the report, which showed a clean audit and unmodified opinion – the highest that can be achieved. That appeared to contradict a previous claim by Nakagiri that the Metroparks financial support of DEI initiatives was not financially sound and would lead to a loss in visitors and result in declining revenue.

The audit results, also posted below, showed general fund revenues increased approximately 2.3% over the prior year while the Authority was able to keep expenditures relatively flat. As a result, it was able to build an additional fund balance of $5.6 (m) million. It was stated during the meeting that a lot has been accomplished and a capital improvement fund was created at the end of 2018 with defined parameters for unassigned fund balance. Further, more money has been moved into funding pensions and healthcare plans. It was noted the pandemic ended up reducing expenditures way more than expected, attendance was up and both the public and the parks ended up benefitting from a very weird set of circumstances.

McMillan commented that the Authority has been very deliberate in the manner in which they’re ensuring their financial security in order to provide the services required as they develop special projects and special plans but also develop partnerships to better serve the area. She said it’s the unassigned fund balance that gives them the opportunity to make those things happen and leverage the investments taxpayers are making in the parks.

McMillan noted leadership, the organization and board have all worked together to make things happen and the money is not just sitting there doing nothing – it has been very deliberately accumulated and considered.

Commissioner Kurt Heise said the numbers are impressive and he could not be more proud of the entire staff for having such a "clean and bountiful audit" adding that they are in "incredible financial shape." He noted that while it is due to a variety of circumstances like COVID, which resulted in an increase in visitors, it was more about making sure the building blocks and fundamentals were in place to ride out something like COVID and not suffer from it, adding it’s really an indication of the entire culture change they’ve seen in the last four years.