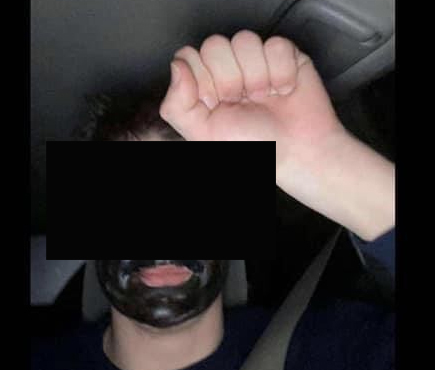 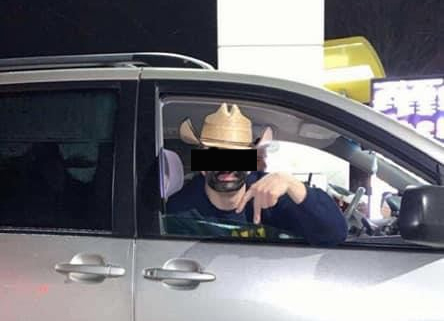 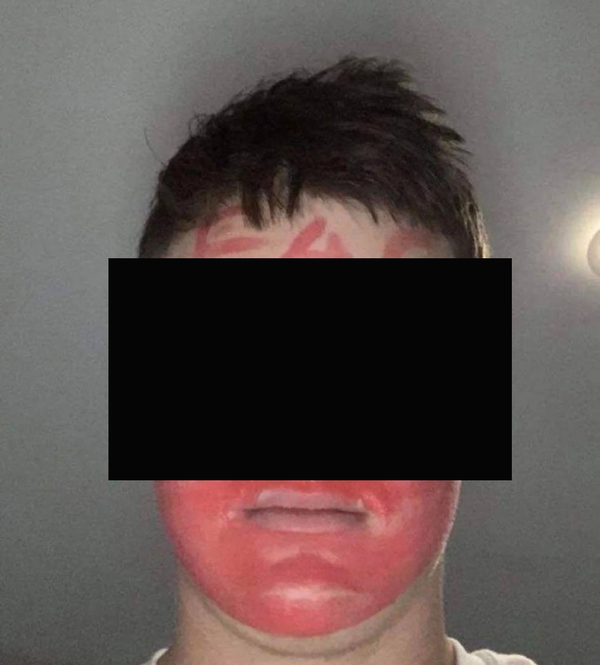 
A series of video screenshots making the rounds on social media purportedly of a Brighton High School student have generated anger and concern among some district parents, along with a call for the district to take concrete steps at addressing what they perceive as an unchecked racist atmosphere.

The pictures show a young white male, identified by multiple parents and their children as a Brighton High School student, in black face, both wearing a cowboy hat and making a Black Power sign with his fist. A third picture shows the same teen in red paint with an anti-gay slur written across his forehead. The pictures, which do not appear to have been taken on school property or during school hours, were reportedly posted to the teen’s social media and from there quickly passed along on various Facebook group pages.

When questioned about the screenshots, Brighton Superintendent Matthew Outlaw told WHMI that the district had been made aware of a “racially insensitive video” created by district students at the end of last week, he noted that while it was made outside of school hours, “the administration acted swiftly and firmly to address the matter.  While the district is limited in what it can share due to privacy laws especially for minors, we were outraged by the video and we strongly condemn the messaging shared by these children."

Despite that, more than half a dozen parents reached out to WHMI to express their anger at this latest incident in what they see as an ongoing culture of racial intolerance permeating the district.

One of those parents is Katie Kelly of Brighton Township, who has two children in the district. She said her immediate reaction to the photos was “disappointment” but then added she was “not surprised one bit.” Kelly said that one thing she has learned in the more than six years she has lived in the district is “that while we like to plaster the saying "Choose Kind" on our t-shirts and school hallways, this community does not have a public commitment to actually doing the work to ensure that we are a kind and welcoming place for all.” Kelly feels that these types of incidents will continue until the community in general, and district in particular, makes a plan to “explicitly talk about diversity, equity, inclusion” and that by raising children in what she called a “homogenous bubble that does not reflect the rest of the world,” students “will suffer from the same ‘color blindness’ that the people in power in the community do, and they will go on to show racist and insensitive behavior because of it. We can and must do better.”

That sentiment was echoed by Caitlyn Perry Dial, who said she was “shocked and appalled” by this most recent incident which she says “continues to contribute to the very tired stereotype that Livingston County is home to racists.” Dial said her family chose to move to Brighton for the schools and that they want to stay, “but incidents like this are making a very hard case for wanting to stay.” Dial, who unsuccessfully ran for school board last year, also made clear that what she and other parents are calling for is not just a statement of condemnation, which she said is not enough. “We need actionable steps.” While Dial said it was her understanding that the “incident was handled swiftly” it seems to her as if the district “wishes to continue to do nothing regarding any type of DEI training or education in regard to staff, faculty, or students” and called for a DEI Committee to be formed at the Board level in Brighton Area Schools “with the goal of bringing a resolution to the table with actionable steps on how we, as a community, can combat racism, sexism, homophobia, transphobia, etc. in our schools.”

Also speaking out was Jonathan Weinraub, who told WHMI that while he too believes that stronger inclusivity and diversity efforts are needed in the district, the curriculum is also “lacking very much in that area.” He added that while the student who posted the pictures in question needed to face consequences, he felt strongly that the student “is also a consequence of the education that is offered to each of our students,” asking “Where is the value of life placed? How often do we discuss the true diverse perspectives that are out there but are never told, at least in our majority white schools? By not telling them, we are communicating to our children a complacency in a hierarchy of valued stories.”

Outlaw, however, disputes the notion that nothing is being done in the district to address these issues. Instead, he says, they are working in ways that aren’t always public to achieve these goals. “As a school district, the Brighton Area Schools, along with schools across the nation, has been working to ensure a welcoming and accepting environment for all of our students.  While the district has been recognized for its inclusion work for groups such as special education students, there is still work to be done.  In this spirit, a district committee was formed several months ago with immediate efforts being focused on more staff development and educational programming for our students in the fall.  The district has already met with student groups to gain feedback and will be forming a parent advisory group in the fall.  These efforts will continue through the summer, but we feel that we have a good plan in place to continue to make improvements as a district.  In the end, it is the district's vision that our continued work on culture and climate will help to ensure that all BAS students feel part of the Bulldog Family. "

In fact, the Livingston Diversity Council (LDC) seemingly confirmed that point of view when they were asked to weigh in on the controversy. President Nicole Matthews-Creech told WHMI that "As images such as these have been increasingly present," the organization acknowledges the "immense damage that these actions cause for those targeted by these messages" and that "actions such as these are intended to cause hurt and fear." She then noted that one of their various community action committees is focused on collaboration with local K-12 schools. "This committee, which has been meeting since January 2021, has engaged all five school districts and many of our charter schools to work toward a unified plan to address diversity, equity and inclusion that is also tailored to the unique needs of individual districts and the students/families that they serve. We want our community to know that work is being done behind the scenes to serve all of our community members as we focus on minoritized populations to the best of our abilities. While seemingly slow, actionable items need to be purposeful, intentional and based on best practices to ensure that we are meeting the needs of those we intend to support with these efforts."

This is the second incident in the last three months that has publicly challenged a local school district to respond on issues surrounding race. In March, a Black Hartland High School student posted to social media her experiences in the district of ongoing racial harassment including calling her the n-word. 18-year-old Tatayana Vanderlaan said that in one instance she was ridiculed about her hair and her appearance and that a teacher “heard it all and said nothing.”

The aftermath of that revelation led to intervention by the Michigan Department of Civil Rights, and the creation of a DEI Committee by the Hartland Consolidated Schools Board of Education. While the district has been supportive of the committee's work, some parents in Hartland have not, accusing it at one point of trying to implement Critical Race Theory into the curriculum, which Superintendent Chuck Hughes strongly denied, saying that its sole purpose was to examine the district's policies, practices and procedures and address barriers that could impede the learning process.

It should be noted, however, that unlike the current situation in Brighton, the Hartland incidents occurred during school hours and on school grounds. But for Perry-Dial, that isn’t the point because whether the incident happened on school grounds or not, it still reflects poorly on the district. “Let's use these incidents to enact change and learn from them. I think it's important to remember that the primary mission of our schools is to educate and grow the minds of our kids. DEI is one such area where we can grow significantly.”