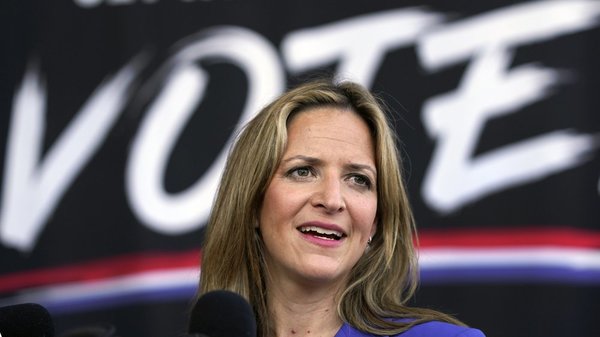 
Despite a judge’s ruling on Tuesday that blocked a ban on the open display of guns near Michigan polling places on Election Day, Michigan Secretary of State Jocelyn Benson remains convinced that she has the authority to order the ban and will seek legal measures to enforce it.

Speaking this morning on WHMI, Benson said that the decision by Court of Claims Judge Christopher Murray is not the last word on the issue. "The Attorney General will appeal. As the chief elections officer for the State of Michigan I oftentimes, in partnership with other clerks, issue regulations and guidance for how election operations happen in our state, and when you have a unique moment that we're in where there are violent threats being made against lawmakers, against other areas of the state, it's very important that we can assure voters that they'll be safe and secure on Election Day." Benson added that, "In the same way that you can't campaign in a precinct, can't take photos of other voters because that's seen as intimidating."

However, gun-rights groups accused Benson of exceeding her authority in banning people from openly carrying guns within 100 feet of voting sites. She acted after authorities recently busted up an alleged plot to kidnap Gov. Gretchen Whitmer and storm the Capital building in Lansing. Among those critics was Livingston County Sheriff Mike Murphy, who said the order was unenforceable as there is no law prohibiting open carry in public places and that while businesses can prohibit people from open carrying because it’s private property, on Election Day polling locations are considered open to the public. Judge Murray took a more technical view, ruling that Benson failed to go through the formal rule-making process required under state law.
Compliance “is no mere procedural nicety,” Murray said. “Instead, our appellate courts have repeatedly emphasized the importance of the democratic principles embodied in the (law), which requires notice and an opportunity to be heard on the subject under consideration.”

Earlier in the day, Assistant Attorney General Heather Meingast said lawmakers have given secretaries of state discretion to set certain election rules, including safety. Separately, armed critics upset with the governor’s orders about controlling the coronavirus have rallied at the Capitol. “There are dozens — we’ve had numerous complaints,” Meingast told the judge. “There are voters who are afraid. There are election workers who are afraid to go to work on Election Day.”

Looking toward Tuesday, Benson also reiterated that anyone who has yet to mail in their absentee ballot should not do so as there is not enough time for it to arrive in time. Instead, she advises voters to take their ballot to their municipal clerk’s office or designated ballot drop box. As for those who requested and received an absentee ballot, but have decided to vote in person instead next Tuesday, Benson says they will need to bring their ballot with them and turn it in at the polls before being allowed to vote in person.

She directed anyone with questions or concerns to the state’s voting information website; Michigan.gov/vote.