Sheriff Murphy: Ban On Open Carrying At Polls Not Enforceable 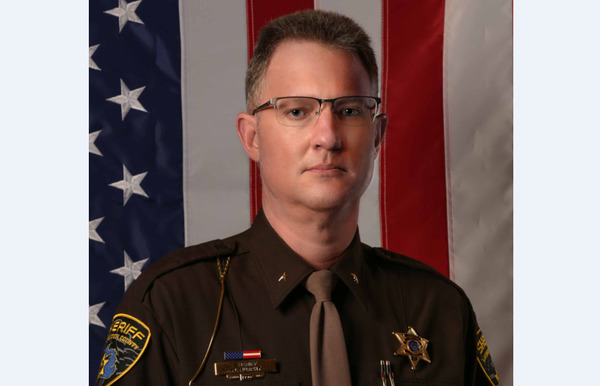 Secretary of State Jocelyn Benson issued direction Friday to local election clerks statewide clarifying that the open carry of firearms on Election Day in polling places, clerk’s offices, and absent voter counting boards is prohibited on Election Day, November 3rd. Some elections officials and voter rights experts nationwide are concerned about violence at the polls. Benson said prohibiting the open-carry of firearms in areas where citizens cast their ballots is necessary to ensure every voter is protected. A press release states Attorney General Dana Nessel and Michigan State Police Director Col. Joe Gasper have joined with Secretary Benson in preparations to ensure Michigan voters are safe and secure when voting by informing local law enforcement agencies and ensuring that the ban on openly carried firearms is enforced statewide.

However, Sheriff Murphy maintains there is no enforcement to take because nothing is actually against the law – calling it a ludicrous statement because there’s no teeth behind it. Murphy said there is no law prohibiting open carry so therefore because there’s the absence of law, it makes it legal. He noted that businesses still have the ability to prohibit people from open carrying because it’s private property but on Election Day, polling locations are considered open to the public. Murphy added that in Livingston County, you can only vote in polls where you live so he thinks the potential for outside agitators is slim to none. He said if there are going to be some people causing agitation; they’ll probably do it in their own backyard where they have a legitimate right to be so he doesn’t particularly see it as being a problem on Election Day.

Murphy said he’s a little disappointed that Benson came out with this two weeks before the election, adding there was no consultation with any local law enforcement that he’s aware of – just the Attorney General and Michigan State Police. Murphy stressed that nobody wants anything other than a safe and secure voting day but told WHMI that by Benson issuing a ban on open carrying when she has no legal authority to do so, he thinks it will just result in pushback. Murphy believes the order will just cause more issues than it was trying to solve - saying he’ll give Benson the benefit of the doubt that she was trying to quash problems or make it better but really, “she just threw gas on an ember”. Murphy says it’s essentially being portrayed as an order that people can’t open carry within 100 feet of a polling location but he maintains there’s no legal basis for that. He said just because the Secretary of State is in charge of elections, doesn’t give her the authority to arbitrarily say something two weeks before the election and make it law.

Murphy stressed that local law enforcement and public safety work extremely well together and have known about Election Day – saying it’s no big secret – and they’re prepared. Murphy said he recognizes there’s concern about people showing up with long guns, similar to protests in June, but he doesn’t see it happening in Livingston County. If that were to happen, Murphy said they would probably have a conversation with people and assure them law enforcement has a handle on the situation. He added that law enforcement has been aware of these upcoming issues for months. Murphy says they know the state of the country and that everyone is on extreme edge and stressed so they knew this was going to be more contentious than in years past but they’ve got a plan and have it under control. He says they’re very comfortable and have plans in place – noting they’ll have extra staff on, will visit some polling locations and have others rotating. Murphy added that if someone is that worried, they can always vote absentee as there is more than one way to vote.

Murphy stated Livingston County Prosecutor Bill Vailliencourt has concurred the ban is unenforceable. He noted that people can’t point or wave guns or anything else, which would constitute intimidation or even felonious assault. Murphy said someone simply having a gun strapped to their hip or a long gun strapped on their chest or back is open carry and as long as it stays there, there’s nothing that can be done. As for the intimidation factor, Murphy says they can take enforcement if someone is being intimidated at the polls. But he clarified that someone just open carrying is not intimidation and not illegal. Murphy said if someone is open carrying a pistol or a long gun and they were to approach someone and make comments about who someone should vote for – that would put it into the category of intimidation.

A full copy of the Secretary's guidance is attached, along with a press release issued.