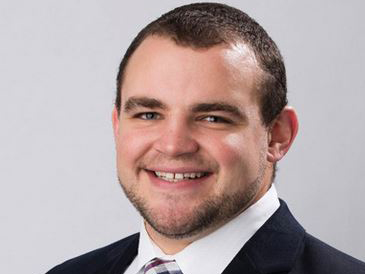 
In response to President Biden’s sweeping new federal vaccine requirements affecting as many as 100 million Americans, one local elected official is working to make sure Livingston County does not comply.

On Thursday, Biden announced that all employers with more than 100 workers must require them to be vaccinated or test for the virus weekly. Those that do not will face penalties of $14,000 per violation through a forthcoming rule from the Occupational Safety and Health Administration.

Following that announcement, Livingston County Commissioner Mitchell Zajac put forth a resolution to declare that Livingston County will not comply with what he called an “unconstitutional OSHA mandate.” Zajac said Biden’s order was “unprecedented,” adding that “Never before have we seen such overreach and attempts to control the populous in these United State. Small businesses, workers, and families across the county will pay the price for this mandate, as they have for the past 18 months with unconstitutional restrictions from the State of Michigan, Governor Gretchen Whitmer, the Michigan Department of Health and Human Services, and now from the President of the United States.”

Commissioner Zajac’s resolution (posted below) states that “Livingston County is an anti-mandate county, and a pro-freedom county…has not issued any such unconstitutional mandates to restrict the freedoms of its residents (and) respects its employees’ privacy, and will not track, monitor, or mandate their personal, medical decisions.” He is asking that it bypass the General Government/Health and Human Services Committee, which will allow the resolution to be taken up for immediate consideration at the board’s next meeting, pending the approval of Commission Chairman Wes Nakagiri. The board is set to meet this Monday, September 13th at 5:30pm.

“Enough is enough. It’s time for Livingston County to stand up to authoritarian bureaucrats who seek to control our lives, and I encourage my neighbors and fellow Commissioners to join me in support of this resolution,” said Zajac.

In announcing the order, Biden sharply criticized the roughly 80 million Americans who are not yet vaccinated, despite months of availability and incentives. Despite more than 208 million Americans having at least one dose of the vaccines, the U.S. is seeing about 300% more new COVID-19 infections a day, about two-and-a-half times more hospitalizations, and nearly twice the number of deaths compared to the same time last year.