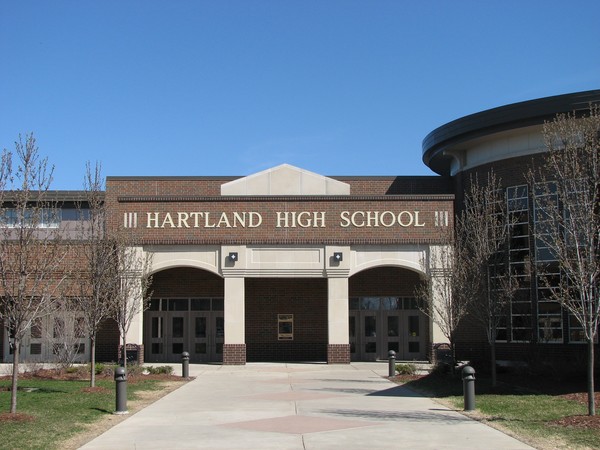 
Two of the four individuals charged with stalking and assaulting a Black Hartland High School student earlier this year have entered pleas in the case.

17-year-olds Dominic Tyner and Corbyn Smith entered pleas last week in 53rd District Court to Stalking/Harassment charges. They will be sentenced on October 19th under the Holmes Youthful Trainee Act, which will expunge their records if they successfully complete probation.

A third defendant, 18-year-old Benjamin Elliott is charged with assault and battery and is due back in court on November 3rd for a status conference. The fourth student, a 16-year-old, is being tried in juvenile court.

The Livingston County Prosecutor’s Office filed charges against the four in May following an investigation of a complaint filed by a Hartland High School student that she was being harassed by fellow classmates. 18-year-old Tatayana Vanderlaan posted to Facebook in March about repeated incidents she said she had endured at the high school, including being called the n-word and being ridiculed about her hair and her appearance.

After that post went viral, Vanderlaan said she had to be escorted off campus due to a threat of being “lynched.” The Livingston County Sheriff’s Office then conducted an investigation, which resulted in the charges.

The incident also resulted in an investigation by the Department of Justice on allegations of race discrimination "specifically to the District's handling of alleged incidents of student-on-student harassment based on students' race." It's believed that DOJ investigators have interviewed at least a dozen staff members in an effort to determine if the district violated Title IV of the Civil Rights Act of 1964, which authorizes the Attorney General to address certain equal protection violations based on race, color, national origin, sex, and religion in public schools and institutions of higher education. The current status of the investigation is unknown.

In addition, following consultation with the Michigan Department of Civil Rights, the district created a Diversity, Equity and Inclusion Committee to examine policies, practices, and procedures to ensure that they were not negatively impacting the learning environment.