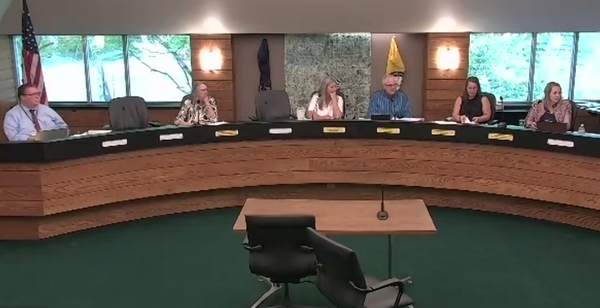 
Livingston County residents who wish to propose new boundaries for the nine county commission districts can submit up to two maps each.

That follows a unanimous vote last week by the Livingston County Apportionment Commission, which met to consider the parameters by which new maps would be drawn up based on results of the 2020 census. The Commission consists of the county’s Clerk, Treasurer, Prosecuting Attorney, and chairs of the local Republican and Democratic parties.

At a previous meeting, commissioners received a legal opinion from the county’s civil counsel that the 60-day window to draw new district lines began on August 12th as opposed to September 30th, when the census bureau is set to release the population data in a user-friendly format. The Michigan Secretary of State's office contends that the 60-day window shouldn't start until that user-friendly tool kit comes out, but conceded that counties could use the August 12th date if they choose. However, that gives the commission less time than had been anticipated to complete the process.

Residents are encouraged to use the website www.davesredistricting.org to draw proposed maps. However, it was noted that residents who wish to submit proposed maps must also provide seven printed copies as well as seven copies of a general description of the proposed districts. All of those materials must then be turned in to the Livingston County Clerk’s Election Division no later than 5pm on Monday, September 20th.

Each commissioner can pick two from all of the submitted maps, as well as submit two of their own. Those 20 maps will then be considered by the Commission the following Monday, September 27th at 9am in the Board Chambers located on the 2nd Floor of the County Administration Building in Downtown Howell.

State law mandates, among other requirements, that commission districts share a common border, be as compact and of as nearly square shape as is practicable and not be drawn to result in a partisan political advantage.

Judy Daubenmier, Chair of the Livingston County Democratic Party, concurred in encouraging the public to take part in having a say in the county’s political future but added that "This is a chance for the public to make sure county commission districts are fair and don't favor one particular political party. They will influence county commission elections for the next decade so it's important that they be fair.”