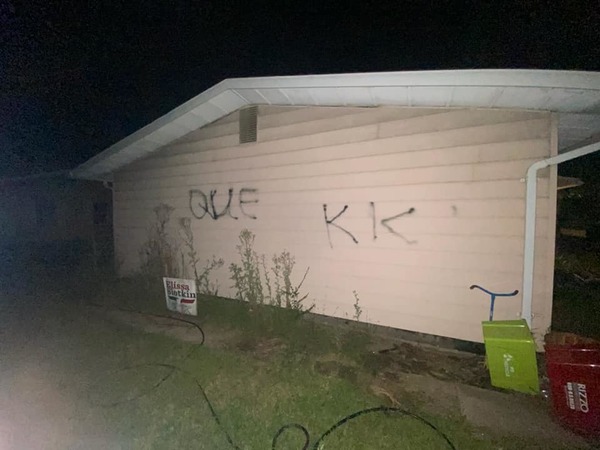 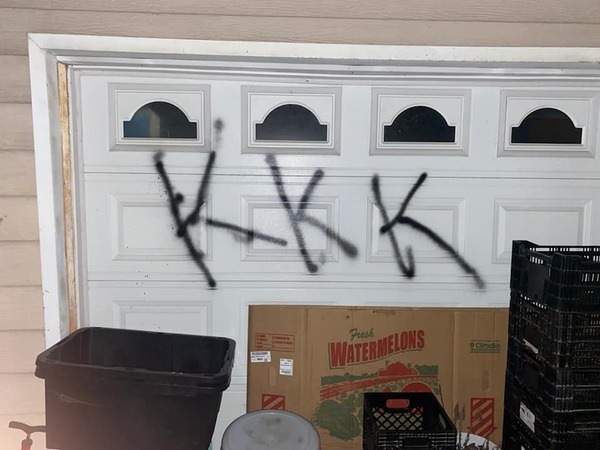 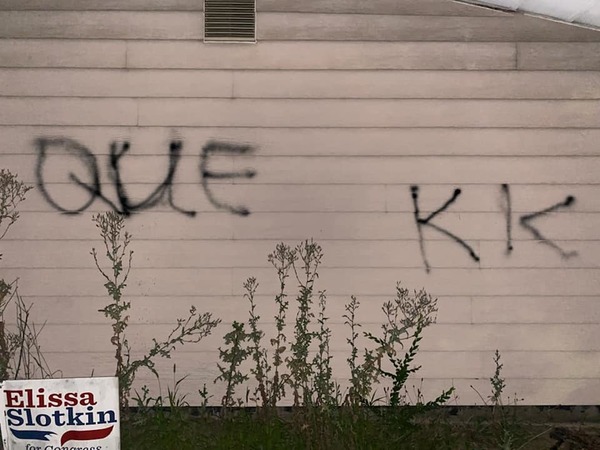 Renay Gedeon and her husband, owners of Gedeon Farms in Green Oak Township, say their home was vandalized Tuesday night with spray-painted racist graffiti left behind.

Pictures posted to social media by Gedeon show the words "Que" and "KKK" spray-painted on the side of her home and on the garage door. There was also reportedly damage to a fence. Gedeon tells WHMI that she had come home from work last night and when she went to take a shower, her two dogs began barking loudly. When she went outside to investigate, she says she found the graffiti.

Gedeon says she is convinced that the attack is directly related to her interview on WHMI last week in which she said the pending cancellation of Howell's Melonfest had unnecessarily become a political issue due to a planned, but now cancelled, Drag Queen Bingo event.

The sold-out, adults-only event was in part made into a point of conflict after Meghan Reckling, the Chair of the Livingston County Republican Party posted to social media her opinion that the event didn’t fit with the family-friendly nature of the festival and was not something that should be “sexualized.”

At the time, Gedeon said the "so-called controversy" seemed to be much ado about nothing and that while at first she wasn't sure a Drag Queen show made sense, she soon changed her mind. "...then I look at it in my own perspective. It’s bringing money into our community. I mean it sold out in a day I heard. It doesn’t bother me. To get back to normal, we have to be smart about everything and I think our community is lacking in that.”

Speaking this morning on WHMI, Gedeon said that since her interview last week she had received many positive reactions, but also some negative ones. Gedeon said at least three times in the last week, including last night before the vandalism, a woman had driven by her house shouting homophobic slurs. She has no doubts that it was no coincidence her house was targeted. "The house across the street from me is empty. They could have very easily hit that house."

Gedeon says she contacted Green Oak Township Police, who came out Tuesday night to take a report. Chief Jason Pless told WHMI that at this point they "have no suspect(s) and the investigation remains open. Anyone with suspect information or additional information about this incident is asked to contact our agency." The number for Green Oak Township Police is (810) 231-9626.

For Gedeon, however, the damage has been done, both literally and figuratively. "I'm devastated...I can't believe someone would do this to my house."

Meanwhile, a customer of Gedeon Farms has created a GoFundMe page to raise money for the couple. That link is below.