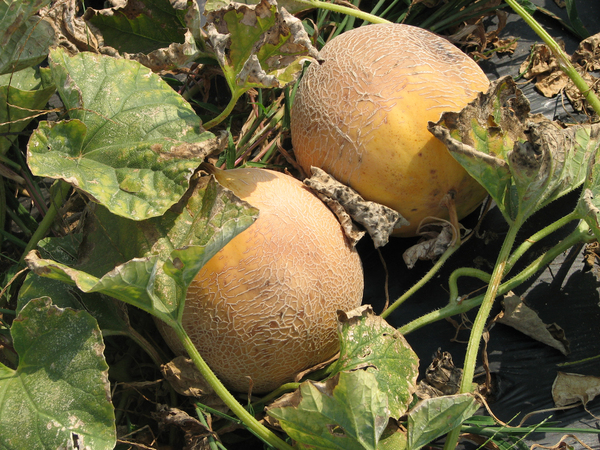 
In the fallout from Friday’s decision by the Howell City Council to put forth an ultimatum that could completely cancel the planned Melonfest, one local farmer says it seems like everyone’s voice but those who will be most harmed by a cancellation have been considered.

Renay Gedeon of Gedeon Farms in Brighton says she wanted to cry when she heard the news that unless the Howell Area Parks & Recreation Authority (HAPRA) agrees to close down the beer tent early on Saturday, August 14th, the city council will reject the civic events application and essentially cancel Melonfest.

The rationale for the early closing of the beer tent is a perceived threat of unrest due to a controversy concerning a previously planned Drag Queen Bingo event in the beer tent that evening. That controversy was generated after Meghan Reckling, Chair of the Livingston County Republican Party, posted to social media that the event seemed inappropriate and would “sexualize” the festival, despite it being advertised as an adults-only gathering in a beer tent in which everyone has to be over the age of 21 to be present.

Howell City Manager Erv Suida, in a memo to the council (posted below), recommended the complete cancelation of the event, stating; "As the City Manager I cannot simply ignore the potential of a negative light being shed on this incredible community, and I have to weigh the risks versus the reward for allowing this event to continue under the shadow of such divisiveness and emotion." While Drag Queen Bingo has since moved to the privately-owned Historic Howell Theater, city officials said they were still concerned over possible violence, as "when you have emotions running high, large crowds of people, and alcoholic beverages the chance for an incident becomes likely."

However, during Friday's meeting, councilmembers were not prepared to vote for an outright cancelation and instead crafted a middle ground of requiring HAPRA to close the beer tent by 4pm on the 14th, while suspending the city's newly-enacted Social District which allows patrons to openly consume alcohol purchased from specific vendors with a defined boundary downtown.

For Renay Gedeon, the so-called controversy seems to be much ado about nothing.“At first, I was kind of like ‘I don’t know about that’ but then I look at it in my own perspective. It’s bringing money into our community. I mean it sold out in a day I heard. It doesn’t bother me. To get back to normal, we have to be smart about everything and I think our community is lacking in that.”

Gedeon says the fact that city officials called an emergency session of the council with just six hours of notice and threatened to cancel Melonfest without hearing from the business and farming community is frustrating beyond words, especially considering that she and her husband Mike are facing the loss of up to $5,000 in income if they can’t sell their melon harvest at the festival, which will have a ripple effect. “We were hoping to be able to buy a truck this year. We’re small you guys. Maybe we don’t count and that’s kind of how the council made me feel. It’s heartbreaking to see. Myself on Saturday even at the market in Brighton, I said ‘You know just because you’re Republican or Democrat, this is to bring money into our community, and at this point in time, we need it”

Gedeon says she hopes that city officials will reconsider any threat to close down Melonfest and questions the level of concern about unrest, saying she has faith that the Howell Police Department can more than handle the situation.

Meanwhile, Tim Church, the Director of the Howell Area Parks & Recreation Authority, says he and his staff will be meeting early this week “to discuss the proper action plan. There are lots of variables that we need to consider with the city’s response.”