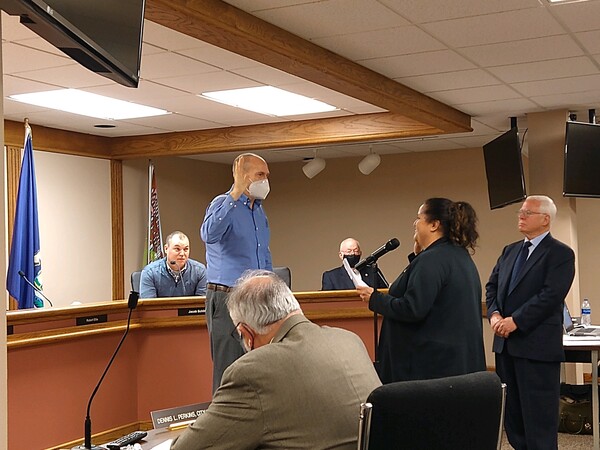 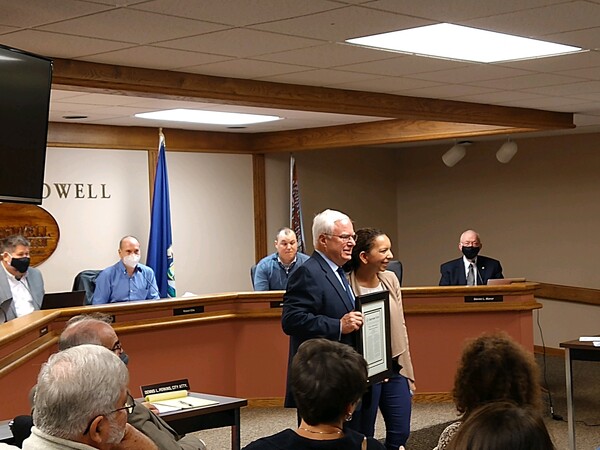 Prior to starting the meeting, Ellis delivered a short speech about maintaining the effectiveness of Council and staying non-partisan. He reminded during the meeting that Council is a non-partisan body. Ellis stated that while everyone has their own individual political views and party affiliations, Council has always worked very well together and avoided any kind of partisan decisions or voting blocks. He added that members should make all decisions off their own individual judgment based on what’s in the best interest of the community.

Ellis further shared information about maintaining public record and the Open Meetings Act, which ensures transparency in decision making and was said to be important for new members. He noted decisions must be made in public and members should avoid deliberating city business outside of meetings, further advising to not use personal emails for city business or city emails for campaigning.

Councilman Steve Manor was unanimously appointed Mayor Pro-Tem. Ellis said he made the motion based on Manor’s seniority – 22 years - and that he’s always been a mentor to him since he started on Council. The motion was seconded by Lobur, who has been serving in the position since last term. Additionally, Councilman Nick Hertrich was appointed representative on the Howell Area Parks & Recreation Authority Board.

Outgoing Mayor Nick Proctor was presented with a recognition plaque from local Congresswoman Elissa Slotkin. It was presented by her Livingston County Field Representative Mona Shand, who stated Slotkin felt it was important to enter Proctor’s tribute into the official congressional record. It stated that “In this era of great challenges and uncertainty, it’s been a comfort to know that Howell has had a calm, level-headed mayor with firsthand experience in crisis management.” The full text is attached.

With Ellis moving into the mayoral role, his former seat needs to be filled and Council has 30 days to do so from Monday. There was some disagreement with new members Schlitter and Wilson on how to best fill the position. Council typically advertises the vacancy, accepts applications, conducts interviews and then appoints an individual.

During discussion, Schlitter made a motion to appoint Alex Clos - one of the candidates that did not move on from the August Primary – and bypass the normal application and interview process. Schlitter said if the plan is for Council to keep Howell on track he felt it was wildly important to put the right people on Council and in his opinion; they need “a young back that can shovel coal.”

Schlittler said he wanted to get rolling and Council could “stay in dry dock if we want but I would very much like to get this ship afloat and moving,” adding that being stagnant won’t be anything beneficial to the city.

Wilson quickly seconded the motion saying he felt time is of the essence and it would be redundant as they just went through an interview process.

Others on Council disagreed and the motion failed 3-3. It needed 4 votes to prevail. Councilman Hertrich joined Wilson and Schlitter in voting for Clos. Ellis, Manor and Lobur were opposed and felt it was important to move forward with the standard process.

Hertrich said he recognized the importance of the interview process and value in that but also knows Clos as he has been very engaged and part of the candidate process – adding he met all of his checkboxes and has demonstrated a commitment to the community and passion.

Mayor Pro-Tem Manor said he couldn’t support the motion and felt they need to follow past practices, post the vacancy, inform the public and let people and let people apply – pointing out another person expressed interest during call to the public and he would like to see the full range and have candidates make their pitch.

Councilwoman Jan Lobur said she those Clos would be fine on Council but didn’t think it would be fair to others interested in the position – adding she felt it was best to follow normal procedure and didn’t see an emergency.

Ellis commented it didn’t make sense to just instantly approve candidates without considering a wide variety of people who might be better for the City.

Applications will be accepted through November 30th, with interviews and a decision to be made at the December 6th meeting. Information will be posted on the City website.