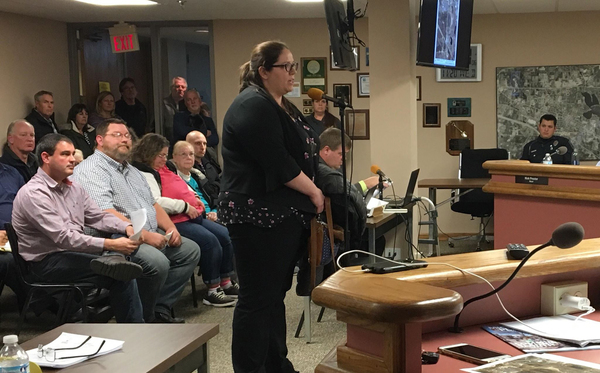 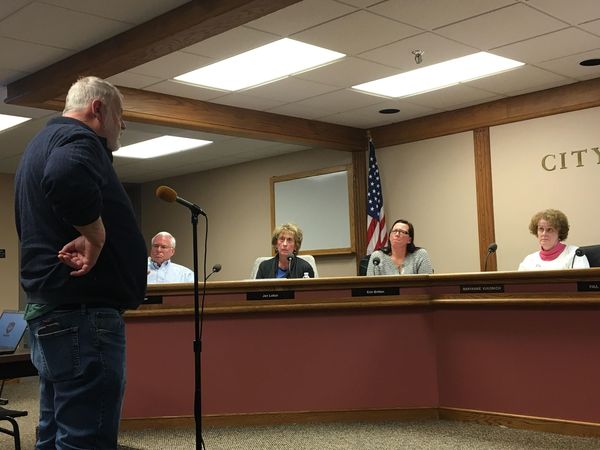 Plans to expand a salvage yard in Howell are moving forward, despite opposition from numerous residents.

The City of Howell’s Planning Commission met Wednesday and held a public hearing regarding the proposal from PADNOS Iron and Metal, which is looking to add a tower building and a scrap shredder to process materials on its property at 645 Lucy Road. PADNOS in July acquired the former Regal Recycling property, which is zoned General Industrial. Residents packed the Planning Commission’s meeting, with many speaking in opposition of the proposal; citing concerns including air quality, as well as additional noise and traffic.

Mark Robinson, Executive Director of Livingston County Catholic Charities, was worried about the office facility’s proximity to PADNOS’ proposed shredder and any issues expansion of the salvage yard may cause, also noting that LCCC leases their current space and has been there since 1999. Robinson told the Planning Commission, "We've actually begun negotiations with our landlord to purchase this property. We're ready after 20 years to make that address our permanent home. I don't know that I can ask my board of directors and the people who donate to us to spend the money to make that kind of investment if we're going to put the 300 people that we serve every week...at risk for whatever is floating through the air or the traffic problems coming in."

Shredder operations and the effect it could have on the surrounding air was a big point of contention among those that spoke against the proposal. But Community Development Director Tim Schmitt pointed out that before PADNOS can even begin construction of the shredder, the company must receive an air quality permit from the State of Michigan, so any environmental regulations in that regard will be dealt with by a higher-sitting entity. Regal Recycling owner Vern Brockway, who sold the property to PADNOS, spoke to residents’ concerns about noise and vibrations that could be caused by the shredder stating, "Michael's is on one side of the road, he runs two motors all the time...I'm down the road running equipment all the time...there's two train tracks there...so as far as noise and vibrations go, you're not going to get much more than what's already there."

Another issue frequently brought up at the meeting was fires that have occurred at other PADNOS facilities. Keith Noblett, Vice President of Services, spoke to those concerns, stating that PADNOS takes fire prevention very seriously and one of its best practices in ensuring that is the inspection process. Noblett says inbound material for the scrap shredder gets inspected multiple times, pictures are taken, and the process is audited to make sure their preventative efforts are being done correctly.

Among the attendees to speak in opposition was Donald Parker, a city resident who is the Livingston County Board of Commissioners’ Chairperson, but also the Resident Agent for Protect Livingston, a nonprofit that has opposed the project on its Facebook page. Parker, who also represents a builder that wants to put a development in near the Padnos site, did not state that he was speaking on behalf of the organization, but was clear that he was not in favor of the project stating, "If we allow this to happen...I think that we will be changing the face of downtown Howell and central Livingston County...I'm asking you to do the right thing...but I'm also asking you to do the easy thing. This is not a hard decision."

Commissioner Jan Lobur later stated that she took exception to Parker’s comments calling it an “easy” decision, adding that while she is moved by residents’ concern, she is also aware that the property is zoned general industrial, meaning that the proposed activities are allowed within that zoning district. Mayor Nick Proctor agreed, saying that the ordinance and zoning are both pretty clear. He also later voiced his own separate concerns about Protect Livingston, stating that the lead-up to Wednesday's meeting was a "social media frenzy". Proctor says he's "troubled" by Protect Livingston, calling it a "shadowy organization" that can "work in those shadows".

Ultimately the Planning Commission voted to recommend approval of PADNOS’ site plan and special land use permit request. Commissioner Robert Spaulding and Vice Chairperson Maryanne Vukonich voted against the request. The issue will next be taken up by the Zoning Board of Appeals at their December 3rd meeting. (DK)