Creation Of Social District Being Explored In City Of Howell 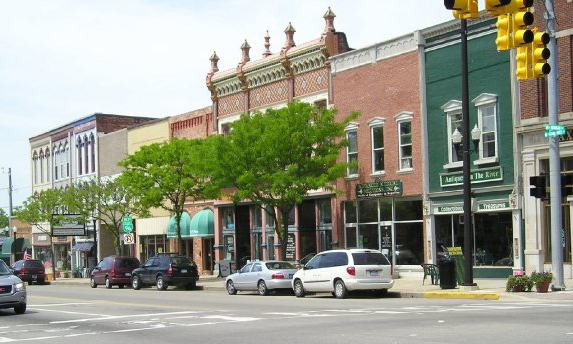 
The City of Howell is the latest community to explore the possibility of creating a social district.

Council met virtually Monday night, where City Manager Paul DeBuff stated staff has been discussing the possibility of creating a social district, sometimes called a refreshment district, which expands the legally allowed area for alcohol consumption within boundaries usually defined by signs. Under a new permit law through the state, a municipality can set up a social district where alcohol can be sold by licensed establishments to customers who can then consume the beverages within the commons area of the district. DeBuff noted it would likely be downtown but the district can really be set up anywhere, with some statutory guidelines to follow. He said usually plastic cups are involved with logos and no glass and some districts are typically open in the evenings Thursday through Sunday.

DeBuff told Council the districts are kind of a trendy thing right now and some communities have been creating them. It was stated during the meeting that six restaurants serving alcohol are already on board with the concept and the City is working with the Downtown Development Authority and Howell Main Street. DeBuff said the district could help the dining industry recover from COVID restrictions but the districts also tend to make a downtown more walkable. He said the districts also make enforcement easier at events since the street would be closed and police can post officers at exit areas.

DeBuff said they don’t have any set parameters yet but wanted to get a general sense from Council, which appeared receptive but wanted more information.

Mayor Nick Proctor said he wanted to make sure that the police department is supportive, which is a critical component, and make sure whatever they put together is enforceable and meets all relevant state guidelines.

Councilwoman Jeanette Ambrose said she was interested in knowing more and would love to help the restaurants and businesses in town but raised some questions about liability and wanted more specific input from the police department.

Councilman Bob Ellis commented the area by the historic county courthouse could be a nice place to have beverages available for when Concerts at the Courthouse return.

A more formal discussion is expected at the next Council meeting. DeBuff said they have a general idea of where they want to go already but will put together a map with specific boundaries and have more information in two weeks. He commented the hope would be to possibly have something set up before summer events get going but added that the district is always something Council can revoke at any time if they don’t like it.

An updated list of local governmental units that have established social districts published by the state is attached. None are in Livingston County. The Brighton City Council has been discussing the concept but has not made any formal decision yet.