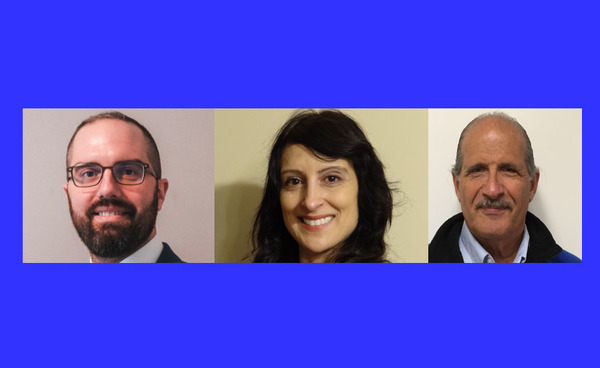 
A trio of Democrats has filed to run as a slate for county-wide office in November with a goal of ending gerrymandering for county commission districts.

Jordan Genso of Brighton filed to run for county clerk, Ragan Lake of Hamburg Township filed for county prosecutor, and Dan Luria of Hamburg Township filed for county treasurer. They have created a joint website for their slate, at www.FairVoteLivingston.org. In a news release, the three candidates said they plan to carry on the work of 2018’s Proposal 2, “by making sure that the same principles of fairness are applied at the county level and that the unfairness of the districts created a decade ago is not repeated in 2021.” The committee that will draw new lines for county commission districts early in 2021, after the results of the 2020 census are released, is comprised of the county clerk, prosecutor, and treasurer, along with the county chairs of the Democratic and Republican parties.

Genso, Lake and Luria say they plan to separate themselves from their Republican opponents; Clerk Betsy Hundley, Prosecutor Bill Vailliencourt and Treasurer Jennifer Nash, by promising to propose and support a resolution that the county’s Reapportionment Committee abide by state law, specifically MCL 46.404(e), and pledge not to adopt a map that keeps fewer townships whole and has a larger population variance than any other map submitted to the Committee. The trio says that by passing that resolution before the Census numbers are released will, “create a fair process so that whatever map best meets the objective criteria shall be the map that is adopted.” They say 2018’s Proposal 2, which was backed by 54% of county voters, set new rules for drawing districts for congressional and legislative districts but failed to address what they call, ”the unfairness of the county redistricting process.” To make sure Livingston County has fair commission district lines for the next decade, the three Democratic candidates pledged to adopt only a districting plan that follows state law regarding population variance and keeping townships in the same district, regardless of the impact on their own party.

“The County Clerk is the top elections official in the county, so it is crucial that they fulfill their duties in a non-partisan manner,” Genso said. “Gerrymandering is one of the worst forms of partisan malfeasance because it undermines our democracy by rigging elections. For the County Clerk to participate in that corrupt behavior is a direct violation of the trust we place in them to oversee fair elections.” Genso served as one of the five members of the Livingston County Reapportionment Committee in 2011 that redrew the county commission districts. “In 2011, I was naive enough to expect the County Clerk at the time to support the map drawn in accordance with the law, but instead she led the effort to push through the gerrymandered map," Genso said. “I would love to believe that the current County Clerk would put the constituents before the demands of her party, but I’m no longer naive enough to expect so.”

“The promise of Prop 2 will not be totally fulfilled if we let Republican politicians draw new county commission district lines that favor their own party,” said Lake. “Electing Democrats to county-wide positions who pledge to use fair criteria is the next step voters need to take to make sure politics doesn’t determine the outcome of our elections in advance.” “We have nothing to fear from fairness,” added Luria. “We can’t just let Republicans gerrymander our districts and expect elections to be fair.”

Genso is a local Realtor who has served on the Brighton District Library board of trustees since 2017 and is currently the board’s treasurer. He also serves on the City of Brighton’s Zoning Board of Appeals and is the former board president of FlexTech High School. He most recently led a “People’s Fillibuster” to encourage the county commission to broadcast its meetings so that the general public can learn about county business when they can’t attend meetings.

Lake, of Hamburg Township, is an assistant prosecutor in the Wayne County Prosecutor’s Office where she works in the Child Abuse Unit handling felony cases with child victims of abuse, sexual assault, and homicide, as well as other felony cases with witnesses under the age of 12. Lake says her experience working with special victims has shown her the importance of victim-focused prosecution.

Luria has lived in Hamburg Township for 34 years. He worked in the United Auto Workers Research Department and later was vice president and chief financial officer of the Michigan Manufacturing Technology Center. He is active in the Winans Lake Association, chairing its rules and bylaws committees He currently is vice-chair for strategy of the Livingston County Democratic Party and an elected precinct delegate.

You’ll find additional details on the candidates and their policy positions through the link and attachment below.