Deadline Is Next Friday To File For Lawrence's Commission Seat 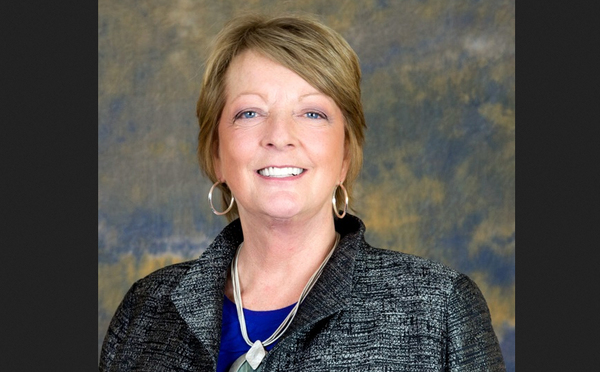 
Applicants are being sought to apply for a vacant seat on the Livingston County Board of Commissioners following the surprise resignation of longtime member Kate Lawrence.

Lawrence has represented District 1 since 2013 and announced her resignation during a board meeting Wednesday morning. She would only say that the decision was personal and something she contemplated for several weeks. Board members expressed gratitude for Lawrence’s years of service to the Livingston County community, which spans 28 years and includes her time as the first female Mayor of Brighton and several terms on the Brighton City Council.

Commissioner Carol Griffith thanked Lawrence for her years of service, commenting that she is well respected and her departure leaves a big void on the board. Griffith said she’s served with Lawrence for nearly a decade and admires her for putting good sound policy over politics in making decisions – adding she’s held some very important roles in the county in serving as Chairwoman, Vice-Chair and Chair of the Finance Committee - which Griffith said she handled very well and with respect. Griffith added that Lawrence’s business acumen has also added to the makeup of the nine commissioners over the years and she’s gone through some tough jobs while serving but has always been respectful to everyone.

Also expressing support for Lawrence is former Commissioner Steve Williams, who called her "an exemplary public servant." Williams, whose appointment to serve as the Livingston County representative on the Huron Clinton Metropolitan Authority board was supported by Lawrence, said he enjoyed the time he spent serving with her on the board and that he learned a great deal from her. "Kate is what we should expect from our elected officials: thoughtful, hard-working, considerate of others and not afraid to vote her conscience. She will be greatly missed in county government."

Williams suggested that Livingston County residents reach out and tell Lawrence how much they appreciate how hard she has worked for decades to benefit the community.

As no vote was taken Wednesday on Lawrence's resignation, a motion to accept her resignation will be on the next full board agenda Monday.

State law stipulates that a vacancy on the Board of Commissioners be filled by a majority vote of the Commission within 30 days from the date of the vacancy. Candidates must be registered voters of District 1, which includes some precincts in Brighton Township and all of the City of Brighton.

The length of the appointment will last until December 31, 2022. As of January 1st, 2023; the Commissioner elected in the 2022 November Election will take office. Interested parties should submit a letter of interest and résumé along with a summary of community involvement and a statement of value they would bring to the Commission and the constituents of District 1.

The deadline for submissions is 5pm next Friday, June 18th. Complete information is available in the attached press release.