Lawrence Abruptly Resigns From County Board of Commissioners 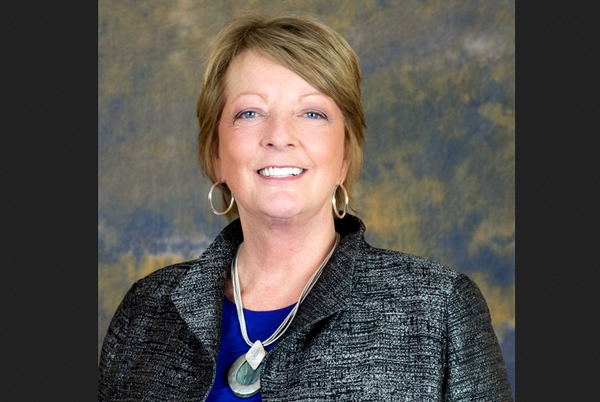 
After nearly 30 years of service to the Livingston County area, County Commissioner Kate Lawrence announced her immediate resignation from the board this morning, saying she can no longer serve the interests of her constituents in District 1.

“I have had the honor of serving this community for over 28 years in one capacity or another. During my time serving as a Commissioner, I have met and served with wonderful and dedicated people and I can assure you that the employees, and the elected officials and department directors have you, the public, as a top priority as they perform their duties. This has been a very difficult decision and one that did not come overnight, but one that I had to make. Due to personal reasons, I am no longer able to serve my constituents and will be resigning my commission seat effective today, June 9th 2021. And I want to thank everyone who has supported me these last three decades. It's been an honor to serve. Thank you.”

As no vote was taken to officially accept Lawrence's resignation, that will take place at Monday's board meeting.

While she didn’t elaborate on her reasons for the immediate resignation, Lawrence made the announcement immediately after Board Chair Wes Nakagiri spoke in defense of his efforts to sink the reappointment of former Commissioner Steve Williams to serve on the Huron Clinton Metropolitan Authority Board. Nakagiri said his opposition to Williams was purely a difference of opinion on how he voted in regards to the Metroparks Diversity, Equity and Inclusion policies, which Nakagiri believes are “anti-white” “racial propaganda.” Lawrence was one of the commissioners who voted in favor of Williams receiving another term and publicly questioned the eligibility of Nakagiri's hand-picked replacement, Tami Carlone, to serve on the Metroparks board. That issue remains unresolved as the board failed to appoint a replacement after voting down Williams’ reappointment.

Last week, Williams claimed that the board, led by Nakagiri, was in violation of several state and federal laws, including the Open Meetings Act, but also in denying him a chance at employment, he said, was based on an anti-veteran bias. Williams served for 28 years in the U.S. Army and noted that the commissioners who supported him all had veteran connections. Commissioner Doug Helzerman was a veteran himself, while Lawrence and fellow Commissioners Carol Griffith and Carol Sue Reader were all married to Vietnam War era veterans.

When asked afterward about her reasons for resigning, Lawrence said, “The timing had nothing to do with the Chairs comment, I had previously planned to do this today at the last call to the public. My resignation was a personal decision that I contemplated for several weeks.”

Following that announcement, Nakagiri spoke and with a wavering voice said he wanted to thank her. "I'm quite shocked and saddened, but I'm very much appreciative of her help, especially as I've been Board Chair. She's been a great asset to me, a great sounding board and I appreciate her service."

Lawrence served several terms on the Brighton City Council, including as the first female Mayor of the city, before her election to the Board of Commissioners in 2013. She is the owner and operator of Lawrence Auto Body in Brighton, which her late husband Larry began in 1977.

Following Lawrence’s resignation, fellow Commissioner Carol Griffith noted that her leadership would be missed, saying that she “fostered diversity of thought and focused on solutions.” Griffith added that, "Kate instinctively led meetings with confidence, knowledge and fairness to all those that came in front of her and the Board of Commissioners. Her business acumen added an important dimension and enriched our Board. She was raised in Livingston County, raised her children here and continues to own a business in the County. Sadly, her historical input, local wisdom and devotion to thoughtful leadership will leave a huge void on our Board."

The board will need to appoint a replacement to fill the remainder of Lawrence's term. That information is included in the attached press release.