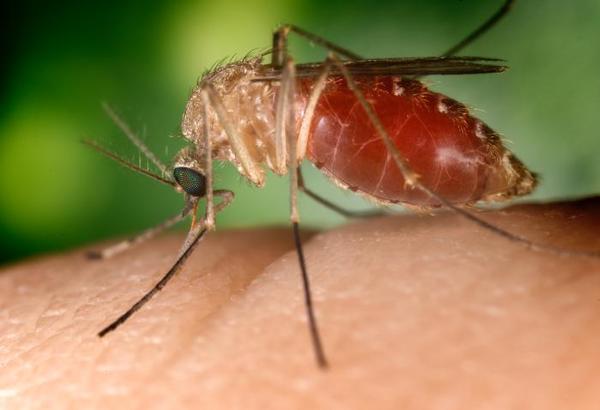 Livingston County has been added to areas set for aerial spraying to combat a rare mosquito-borne virus.

The outbreak of Eastern Equine Encephalitis (EEE) reached into Livingston County with confirmation on Friday that a horse in Hamburg Township had contracted the disease and had been euthanized. The spraying was set to begin Sunday to fight the virus, which has killed three people, but was delayed due to weather. An updated map from state health officials now include both Livingston and Washtenaw counties in the spraying effort, now set to begin Monday night weather permitting. Lynn Sutfin, Public Information Officer for the Michigan Department of Health and Human Services, told WHMI Monday morning that Livingston and Washtenaw had been added as potential aerial treatment locations and no final decisions have been made. However, a release late this afternoon says an area in both Hamburg and Green Oak Townships in Livingston County is selected for aerial spraying to reduce the mosquito population. A determination has not been made, however, when that spraying will take place.

Many residents have expressed concern about the spraying and any dangers it might present. State health officials say that residents can opt out of the aerial spraying, but add that this is a public health emergency and “aerial applications provide the most effective option to suppress the outbreak by reducing mosquito populations. Due to the height and speed the plane will operate, it is not possible to stop the spraying over a single property. If an individual wishes to opt out of the application, under MDARD rules, an area of 1,000 x 1,000 feet would not be sprayed around the residence. This will reduce the overall treatment effectiveness in the area, mosquito populations upwind of the opt-out area will not be reduced, and neighbors will not benefit from the reduction in mosquito numbers. Before exercising this option, please recall that EEE is highly deadly, and that this aerial spraying does not carry any significant risks to human health. While it is unnecessary to do so, you can further reduce your exposure by staying indoors, and closing windows and doors. If, for whatever reason, you would still prefer that spraying not occur in your area, you may send an email with your name and full residential address to eee@michigan.gov. The request to opt out of spraying must be received at least 48 hours before spraying begins.”

Meanwhile, the Livingston County Health Department (LCHD) says residents should protect themselves against mosquito bites until the first hard frost. While Livingston County currently has no confirmed human cases of EEE, Michigan is currently experiencing its worst EEE outbreak in more than a decade with ongoing cases reported in humans and animals. The total number of human cases identified this year is higher than the total number of cases over the last 10 years combined and officials say they continue to see an increase in cases across the state. EEE is the most dangerous mosquito-borne disease in the United States. Approximately 33% of people who develop a serious infection from EEE will die. People under the age of 15 and over the age of 50 are at the greatest risk.

Health Promotion Coordinator Natasha Radke says the best way people can protect themselves against the disease is to prevent mosquito bites, as there currently is no vaccine for EEE for humans. Radke says community members should apply insect repellents that contain DEET, wear long-sleeved shirts and long pants when outdoors, maintain window and door screening, empty water from mosquito-breeding sites around the home like from buckets or kiddie pools, and use nets and/or fans over outdoor eating areas.

The public health response to EEE includes recommendations to communities to consider postponing, rescheduling, or cancelling outdoor activities occurring at or after dusk until the first hard frost of the year, particularly activities that involve children. Signs of infection include the sudden onset of fever, chills, and body and joint aches, which can progress to severe encephalitis, resulting in headache, disorientation, tremors, seizures and paralysis. Anyone who thinks they may be experiencing symptoms should contact a medical provider.

More information can be found at the link below. (DK/JK)