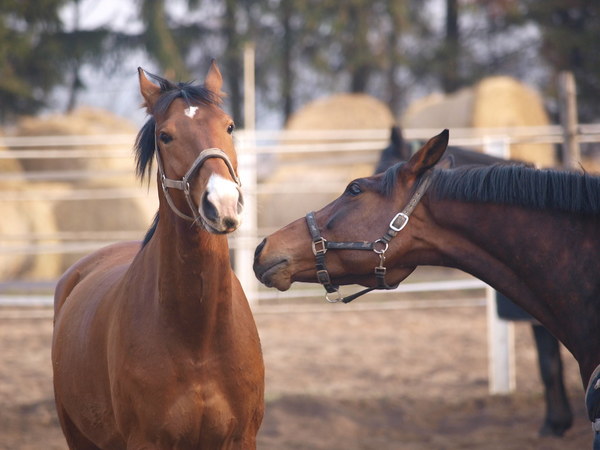 A virus deadly to both animals and humans has been confirmed in Livingston County.

On Friday, the Michigan Department of Agriculture and Rural Development confirmed a 17th case of Eastern Equine Encephalitis, or EEE, in a horse from Hamburg Township in Livingston County. The horse, an unvaccinated three-year-old Paint gelding, had a sudden onset of neurologic signs on Monday, September 23rd and was euthanized later that same day. Currently, no human cases have been reported in Livingston County.

Nine cases of EEE have been confirmed in residents of Barry, Berrien, Calhoun, Cass, Kalamazoo, and Van Buren counties, including three deaths. The Livingston horse confirmation brings the total number of EEE animal cases for 2019 to seventeen, 15 horses and 2 captive wolf pups, in the following counties: Barry (2), Calhoun (2 wolf pups), Jackson (1), Kalamazoo (5), Lapeer (1), Livingston (1), Montcalm (1), Newaygo (1), and St Joseph (3). This is the first animal case of EEE identified in Livingston County this year.

Although EEE is very rare, it is one of the most dangerous mosquito-borne diseases in the United States with a 33% fatality rate in people who become ill. In horses, the fatality rate may be as high as 90%. The virus is transmitted to humans and other mammals, like deer or horses, through the bite of an infected mosquito. EEE cannot be spread by other humans or animals. Severe cases of EEE infection begin with the sudden onset of headache, high fever, chills and vomiting. The illness may then progress into disorientation, seizures and coma. Anyone who thinks they may be experiencing these symptoms should contact a medical provider.

Residents should be aware that mosquitoes capable of transmitting disease are assumed to be widespread throughout the region and will remain until the first hard frost reduces the mosquito population. Anyone in an area where the virus is circulating in mosquitoes can become infected with EEE but those who are over 50 years old and under 15 years old are at an increased risk of a more serious infection. The risk is highest for people who live in or visit woodland habitats, and people who work outside or participate in outdoor recreational activities because of greater exposure to potentially infected mosquitoes.

To reduce the risk of contracting EEE, Livingston County residents should:

• Avoid being outdoors between dusk and dawn when mosquitoes that carry EEE virus are most active.
• Apply insect repellents that contain the active ingredient DEET, or other U.S. Environmental Protection Agency-registered product to exposed skin or clothing, and always follow the manufacturer’s directions for use.
• Wear long-sleeved shirts and long pants when outdoors. Apply insect repellent to clothing to help prevent bites.
• Maintain window and door screening to help keep mosquitoes outside.
• Empty water from mosquito breeding sites around the home, such as buckets, unused kiddie pools, old tires or similar sites where mosquitoes may lay eggs.
• Use nets and/or fans over outdoor eating areas.

The public health response to EEE includes recommendations to communities to consider postponing, rescheduling, or cancelling outdoor activities occurring at or after dusk until the first hard frost of the year, particularly activities that involve children. Additionally, the Michigan Department of Health and Human Services (MDHHS) has decided to conduct aerial spraying in areas that have experienced EEE cases in humans, animals, or both. Livingston County had not been scheduled in the original spraying effort, which was to begin on Sunday, but was delayed due to rain. While a map on the state's website that was updated Sunday indicates that both Livingston and Washtenaw counties are now included in the spray zones, Lynn Sutfin, Public Information Officer for the Michigan Department of Health and Human Services, tells WHMI that, "Livingston and Washtenaw have been added as potential aerial treatment locations. No final decisions have been made."


For additional information on EEE, including Frequently Asked Questions and updates on EEE activity, visit www.michigan.gov/EEE

For more resources and information on the reported equine cases in Michigan, visit https://bit.ly/2nDkvIm (JK)