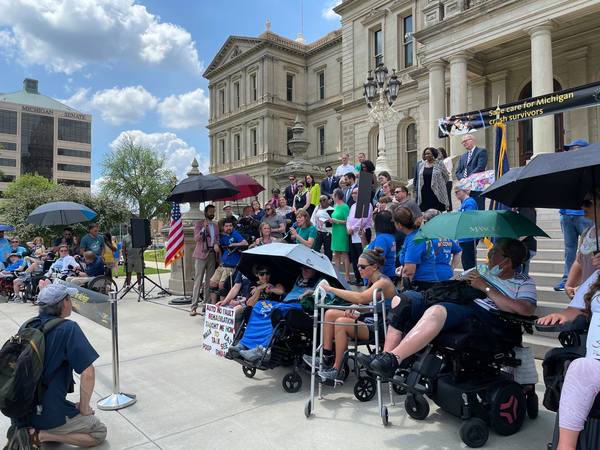 
A bipartisan group of current and past state lawmakers, including one from Livingston County, have signed on to a legal brief in support of a lawsuit currently in the Michigan Court of Appeals that questions the constitutionality of changes set to go into effect next month as part of Michigan’s auto no-fault reform.

Republican State Representative Bob Bezotte of Marion Township was one of the 73 lawmakers who signed the brief (available below) filed as part of a lawsuit that will determine if two key provisions of the 2019 no-fault reforms will be applied retroactively. Family members of catastrophically injured residents say if those cuts take effect, it would essentially deprive their loved ones of rehab and in-home attendant care coverage that many of them need to live.

As it stands now, beginning on July 1st, insurance companies will only reimburse care providers 55% of what they are currently charging. Care provided by family members will also be capped at 56 hours a week. If that happens, many in-home medical providers say they will simply no longer be able to stay in business. Lawmakers from both parties say the fee cut is an unintended consequence of the insurance reform and have put forth legislation to fix it.

Those bills have yet to get a committee hearing and with the date of the change approaching, hundreds of survivors and their families gathered Wednesday at the Capitol in Lansing to urge lawmakers to take action on the legislation. House Bill 4486 is co-sponsored by Bezotte. It has been introduced to the House Insurance Committee, of which he is a member, but has yet to be scheduled for a hearing. The same is true of Senate Bill 314. It sits in the Senate Insurance Committee, which is chaired by Republican State Senator Lana Theis of Brighton Township, who never returned a request for comment.

Wednesday’s rally was organized by the Facebook group We Can't Wait, which features survivors and family members telling their stories and pleading for assistance.

Among them is Rebecca Bond of Howell, who told WHMI last month if implemented, the cut will likely mean her catastrophically injured son Dillon will no longer be able to continue to receive life-saving medical care at home.