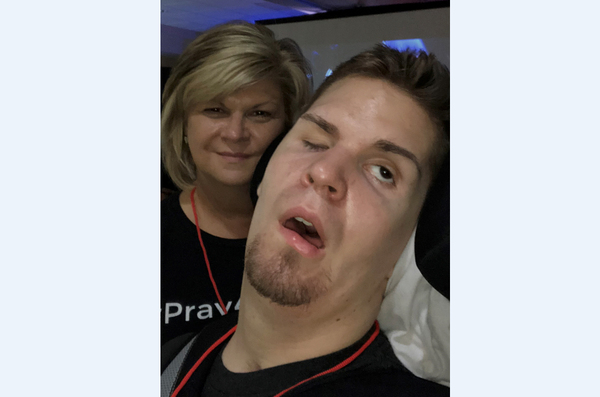 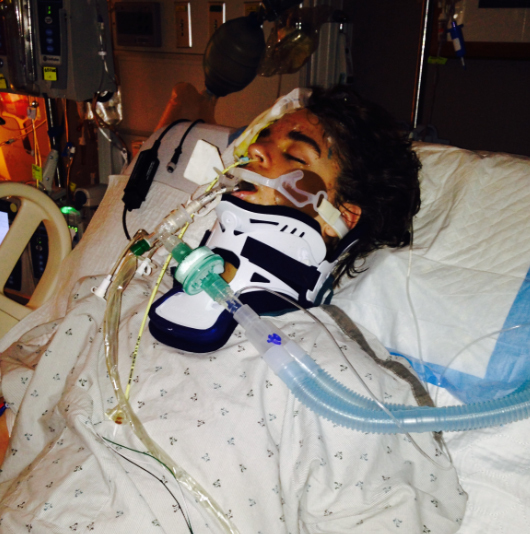 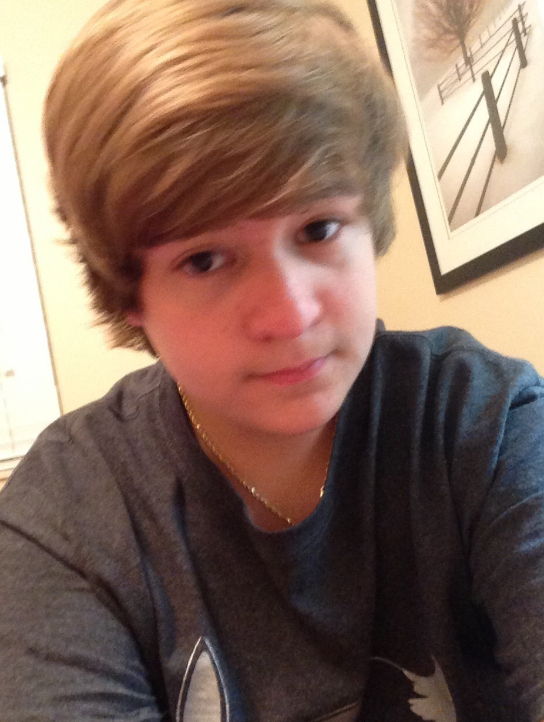 
A Livingston County woman says a new mandated medical fee schedule that is part of Michigan’s 2019 no-fault auto insurance reform will likely mean her catastrophically injured son will no longer be able to continue to receive life-saving medical care at home.

Rebecca Bond of Howell says her son Dillon was a teenager walking with two friends after a day at the Alpine Village ski lodge in 2013 when he was struck by a car while crossing M-59 in the evening, suffering a severe brain injury. After six months in the hospital and a year in a rehabilitation facility, Dillon was finally able to come home, although he requires around-the-clock care from a Registered Nurse (RN) and Certified Nurse Assistant (CNA). That is paid for through the Michigan Catastrophic Claims Association, a nonprofit association created in 1978 by the Michigan Legislature which required vehicle owners to buy unlimited lifetime coverage for medical expenses resulting from motor vehicle accidents.

When the bipartisan reform package was signed into law in 2019 by Gov. Gretchen Whitmer, that coverage was no longer mandated in an effort to reduce Michigan’s highest-in-the-nation insurance premiums. At the time of the reform, advocates insisted that those needing long-term care would retain that access.

However, a new fee schedule set to go into effect July 1st will impose a 45% cut in compensation for rehabilitation providers, the practical effect of which Bond says will be the loss of those skilled professionals that help keep her son alive.

“What nurse is going to work for half of what they’re being paid? What home health care provider is going to work for half of what they’re already being paid? And some of them aren’t being paid enough. I mean, comparatively a home health aide or a certified nursing assistant makes less than what they’re paying someone to work at McDonald's, and they are taking care of a person’s life.” Bond added that the care her son has received has been invaluable for his quality of life. “Without many of his therapies, I have no doubt my son would not be alive today. Dillon’s home care keeps him out of the hospital and steadies his healing path. It gives me hope when everything is hopeless.”

To help address the issue, bipartisan legislation has been put forward in both the state House and Senate that sponsors say will close the coverage gap without changing any other aspect of the 2019 auto insurance reforms and preserve the consumer cost-savings that prompted the reform. But as the clock ticks down toward the July 1st deadline, the bills have yet to be scheduled for a hearing. Tom Judd is president of the Michigan Brain Injury Provider Council (MBIPC), which represents health care professionals and facilities that care for people with severe brain injuries.

“I think that there’s some misconceptions out there that these solutions will add cost to the system. That’s not true. That patients with benefits before July 1st will continue to have these benefits? That’s true. But those benefits will not have value; they will not have access to quality care and services that they deserve. So we’re looking for leadership to step up, to acknowledge the wrong and make it right.”

Senate Bill 314, introduced by Senator Curtis Hertel, Jr., (D) East Lansing, and House Bill 4486, introduced by Rep. Doug Wozniak, (R) Shelby Township, would revise reimbursement provisions for rehabilitation clinics, which they say will plug the gap and avoid slashing rates in half for providers. They were both introduced in late March and more than two months later have yet to be scheduled for hearings in their respective committees.

Republican State Senator Lana Theis of Brighton Township chairs the Senate Insurance and Banking Committee. When asked for comment by WHMI on the effect that the mandated fee cut will have on people like Dillon Bond and whether a hearing will be scheduled on the proposed fix, her office did not respond. For Sen. Hertel, that seeming indifference is both baffling and frustrating.

“The idea that we would, to save a few bucks, cut the dignity out of their life is really, I think, an insult. And I certainly think it’s worth the legislature’s time. I wish we would have a hearing at this point. You know, it’s a lot like “I’m Just a Bill on Capitol Hill”, the old Schoolhouse Rock thing, and unfortunately we’re still stuck at the first step of the Capitol, at the committee level. So if people care about this issue, I suggest they call Senator Theis’ office and ask for a hearing, because that’s the first step.”

Judd says absent the legislative fix, thousands of essential medical workers will receive pink slips, throwing patients and their families into unnecessary chaos. However, he doesn’t believe it’s any coincidence it is failing to get a hearing. “Insurance company lobbyists fought hard to include this provision to protect the profits of their deep-pocketed clients.”

The MBIPC says a recently conducted statewide survey on the fee schedule changes indicated a “staggering” 86% of post-acute care facilities have no or very little confidence that they can continue to operate their businesses, with roughly 6,000 patients expected to lose care if their providers are forced to close. In fact, many of those providers are already alerting their customers that is exactly what will happen.

Farmington Hills-based M&M Home Care sent out a letter dated May 1st in which they said that if the fee change takes place, they would only receive, “approximately $16.00/hour for our services from your insurance company. As you can imagine, this does not begin to cover the labor and benefit cost M &M Home Care is responsible to pay. Thus, effective Monday, July 1, 2021, M & M Home Care will no longer be able to provide Attendant Care to individuals who are covered by Michigan Auto No-Fault benefits.” The full letter is posted below.

Meanwhile, Rebecca Bond says for those who feel that this doesn’t apply to them need to realize that no one is exempt from being in the situation she and Dillon find themselves in.

“One car accident, one person being hit by a vehicle, being a passenger in a car accident, it can happen to anyone and it will change their life in a second. That’s the ugly truth. Getting this amended to what’s fair and reasonable would be lifesaving for thousands of people and that is something everyone should be able to get on board with.”

Bond, Sen. Hertel, and Judd will be guests this Sunday at 8:30am on WHMI's Viewpoint program.