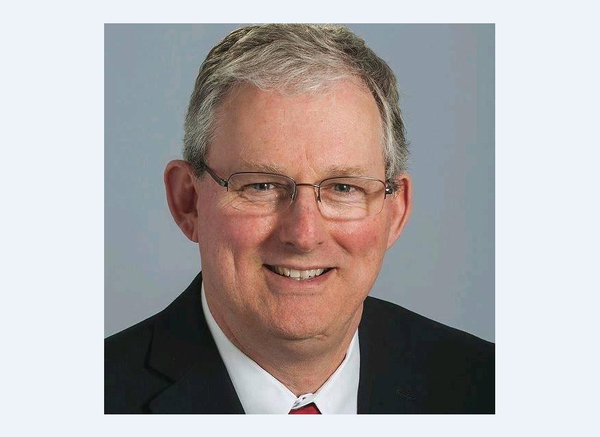 
A Brighton School Board Trustee is under fire for a response he provided to a former district employee who asked that he vote in favor of a mask mandate for students in the district to help mitigate the spread of COVID-19.

The former employee, who said they had more than 30 years of service in the district and grandchildren who attend school there, sent the email to Trustee John Conely in advance of Tuesday’s special meeting in which a mask mandate resolution was introduced, but ultimately failed. Conely’s response, however, has generated calls for him to resign after he said “You mean like Hitler did? Mandates, we don’t have laws to support them. We are not Socialists.”

At Tuesday’s meeting, parent Sarah Cross, said the response was not just inappropriate, but expressed an “explicit antisemitism” by “denigrating the Holocaust.” She added that “As a community we have to put an end to tolerating hateful rhetoric. We cannot continue to allow parents, community members or school board members to make hateful, bigoted statements like stating that mask mandates are like Hitler’s regime as John Conley did, or mocking or ridiculing parents at these meetings.” Cross continued, but saying “COVID is a pandemic, but the real threat to our children is the epidemic of hatred. That hatred trickles down from public officials and parents to our children. It’s an insidious virus that appears to be spreading out of control in our community.”

When asked about the comment, Treasurer Angela Krebs, who helped draft the failed mask resolution, told WHMI; "It is disgusting to equate the murder of many millions of innocent lives to wearing a mask.”

Meanwhile, a response by Board President Roger Myers to the former employee was also posted online in which he apologized for Conely’s comment, which he called “unacceptable and inappropriate.” Myers further said he had asked Conley to apologize directly, but that he had refused and “stands by his comments.” Despite that, Myers called the comment “unbecoming of an elected official” and said that some people could find it offensive, “particularly the Jewish residents in our community.”

Myers later sent a statement to WHMI which stated; “As the elected leaders of this district, we have an obligation to treat everyone in our community with respect and discuss our differences in a civil, professional manner. When board members resort to personal attacks or inflammatory rhetoric in their interactions with parents, district employees, or other board members, it erodes the morale of our employees and completely undermines the confidence in and respect for our board decisions and the district as a whole. It also sends a terrible message to our children about personal interaction and conflict resolution, which unfortunately is a reflection of much of the public discourse these days. That is unacceptable and we must do better.”

When asked to comment, Conely sent the following statement to WHMI: "Thank you for the opportunity to address some of the inflammatory comments that have been made about me and as part of a social media attack. Those of you that know me well understand that I have fought hard against oppression throughout my career as a public servant. I have been an outspoken critic of the excessive governmental mandates that have been issued against our students throughout the COVID-19 pandemic. They have taken away countless, irreplaceable opportunities from our children, they have negatively impacted our student’s education, and I believe strongly that they have jeopardized the overall well-being of our youth. This is unacceptable and I will continue to debate those that are working to oppress our students. Last week, as part of a coordinated influence campaign seeking to mask our children, I responded to an email of a community member comparing her efforts to take away freedom of our students to the restrictive and controlling environment of pre-World War II Germany. I have shared about my family’s proud history of military service and their sacrifices to stop that horrible regime. This is a primary reason why I have chosen to serve the public and why I fight so hard against oppression. Our community is filled with veterans that have fought for the freedom that many of us take for granted. I want to thank each and every one of them for their service and I will continue to do my part as well. In conclusion, while there are obviously those that have manipulated my message, including the board President, Roger Myers, for their own purposes, I would never do anything to the students that would distract us from our mission as a district. I am going to continue to work for the students and provide the education they deserve."

The Anti-Defamation League (ADL), a civil rights organization focused on combating antisemitism and other forms of hate, has said that making comparisons to Hitler on contemporary American political issues is “deeply offensive to those that understand the profound evil (Hitler and the Nazis) represented, as well as to the survivors of the Holocaust.” The ADL has urged public officials “to engage in a civil discourse about their views and policy issues and to refrain from using references to Hitler and Nazis for political purposes.”