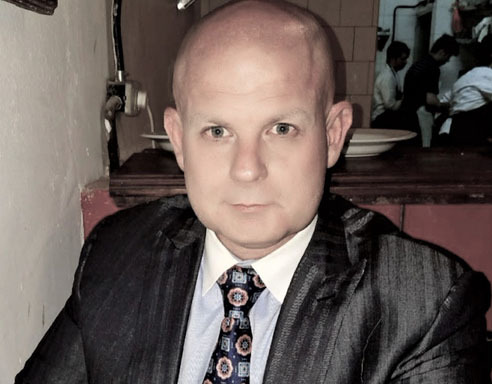 
The attorney for a Marion Township woman says the decision by the Livingston County Sheriff’s Office to seek cyberstalking charges against her is a political decision and unlikely to result in prosecution.

On Tuesday, a referral was made by the sheriff’s office to the Livingston County Prosecutor’s Office seeking to charge Kasey Helton under a state cyberstalking statute after she posted videos of anti-mask activists speaking at a local school board meeting. Livingston County Sheriff Mike Murphy says the decision to seek charges was an attempt to try and “get some clear understanding of the line for criminal charges vs free speech”.

Among the videos from recent meetings of the Brighton Area Schools were public statements made by two women who identified themselves as local nurses, both of whom said they were against mask mandates for students. Helton’s Tweets then included commentary in which she referred to one of the speakers as “a pathetic purveyor of health misinformation who works as a nurse educator at Schoolcraft College,” which she then tagged in the Tweet. Schoolcraft College responded by saying her opinions did not "reflect the College's views."

Helton has since hired Attorney Craig Tank to defend her in the case. Tank tells WHMI that Helton’s Tweets are clearly protected speech as she was simply posting comments made by others in a public forum and the notion that in doing so she was harassing these women doesn’t pass legal muster. He is also doubtful that the prosecutor’s office will end up filing a charge.

“Not if there's someone that's sane that's over there," said Tank, "because if they file the charges at this point in time, what they will in essence be doing is writing a blank check to my client as it relates to a civil rights violation. You can't initiate charges that are protected under First Amendment-type speech. It's pretty straightforward, and so it would subject them to a federal civil rights lawsuit.”

Tank believes the decision was political in that it is trying to appease those who oppose mask mandates and other COVID-19 mitigation measures.

“What I think that they're dealing with is trying to acknowledge whatever their concerns are, but I suspect the warrant will die a slow death. They'll decline the prosecution because of the problems that it would create for them. But I think that the reason that we get to this point in time is, is that they're taking them seriously because they’re a force apparently some level of political weight in the community.”

Sheriff Murphy says that the complainant, who he did not identify, came forward and “legitimately felt harassed, threatened, and intimidated” by Helton’s tweets. “At the end of the day this will give us insight into the appetite of the prosecutor’s office on these issues," said Murphy. "If they don’t end up issuing charges, we can say to future complainants that we won’t waste the time.”

“Based on what we know, we are very concerned these charges represent a direct attack on the people’s right to free speech. We believe the public has a right to know what prompted these charges because as far as we know, tweeting about public information is not a crime,” said Lonnie Scott, executive director of Progress Michigan. “We want law enforcement in Livingston County to know that Progress Michigan and a lot of other folks across Michigan are paying attention to this and won’t stand by while our constitutional rights are trampled on, nor will we watch idly as law enforcement uses underhanded tactics to intimidate and silence those they disagree with.”

If convicted under the cyberstalking statute, Helton could face up to five years behind bars.

The Livingston County Sheriff Department has filed a criminal complaint against me related to the Twitter posts I made this week about the nurses who publicly spread health misinformation. (THREAD)