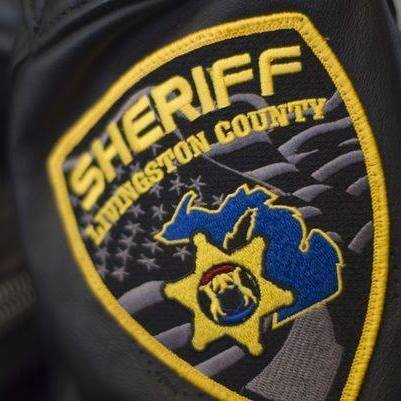 The Livingston County Sheriff Department has filed a criminal complaint against me related to the Twitter posts I made this week about the nurses who publicly spread health misinformation. (THREAD)


A criminal complaint against a Livingston County woman has been referred for a felony charge against her after she posted videos to social media of anti-mask activists speaking at a local school board meeting.

The Livingston County Sheriff’s Office filed the criminal referral against Kasey Helton of Marion Township related to Twitter posts she made about nurses she says were publicly spreading health misinformation.

Helton, who has been an outspoken critic of efforts to undermine COVID mitigation measures, said she was contacted by a sheriff’s deputy Monday afternoon to notify her of the request for charges pursuant to Michigan statute MCL 750.411s, an anti-cyberstalking law that prohibits a person to “post a message through the use of any medium of communication, including the internet or a computer, computer program, computer system, or computer network, or other electronic medium of communication, without the victim’s consent.”

When asked about the case, Sheriff Mike Murphy told WHMI that his office is conducting investigations, one of which “Kasey Helton is the focus of,” adding that they are “focused on harassment / intimidation / cyber bullying.” He added, “We have done our share of these, trying to get some clear understanding of the line for criminal charges vs free speech. I am not going to waste a lot of time and resources if these aren’t going anywhere. But it seems the ante keeps getting up’ed with the hatred in social media posts.”

He did not elaborate as to what specifically Helton had said in her posts that crossed the line from protected speech to criminal conduct. However, he did say that the complainant, who he did not identify, came forward and “legitimately felt harassed, threatened, and intimidated” by Helton’s tweets. “At the end of the day this will give us insight into the appetite of the prosecutor’s office on these issues," said Murphy. "If they don’t end up issuing charges, we can say to future complainants that we won’t waste the time.”

While Helton declined to comment when contacted by WHMI, she did Tweet that the “posts I have made about these nurses and about my local chapter of Moms for Liberty pertain to their public activism of their “movement” (their word) made in public social media posts and public government meetings.”

Her attorney, Craig Tank, told The Detroit News he doesn't believe the investigation will result in charges. "Seems to me someone is upset that her opinion is different than their opinion," said Tank. "We don't criminalize opinions."

Among the videos from recent meetings of the Brighton Area Schools were public statement made by two women who identified themselves as local nurses, both of whom said they were against mask mandates for students. Helton’s Tweets then included commentary in which she referred to one of the speakers as “a pathetic purveyor of health misinformation who works as a nurse educator at Schoolcraft College,” which she then tagged in the Tweet. Schoolcraft College responded by saying her opinions did not "reflect the College's views."

While Ms. Austin is a Schoolcraft faculty member, her opinions recently shared at Brighton’s BOE does not reflect the College’s views.

In another, Helton said she was calling the speaker “Nurse E.Coli b/c she’s full of” and then added the poop emoji.

Helton defended her Tweets, saying that, “At no point have I attempted to contact or encouraged others to contact any of the parties involved. I have not approached any of these folks when in a public setting. I have not shared any private information that was not included in their already public posts.”

According to the statute, the charge only applies if four separate criteria are met;

Helton went on to say she was “shocked” the Livingston County Sheriff’s Office would play a role in what she called a “naked attempt to undermine my free speech rights guaranteed by the #FirstAmendment 🇺🇸 and silence dissenters of life threatening public policy measures during a deadly pandemic.”

A request for comment was made to the Livingston County Prosecutor’s Office, but has not been returned.