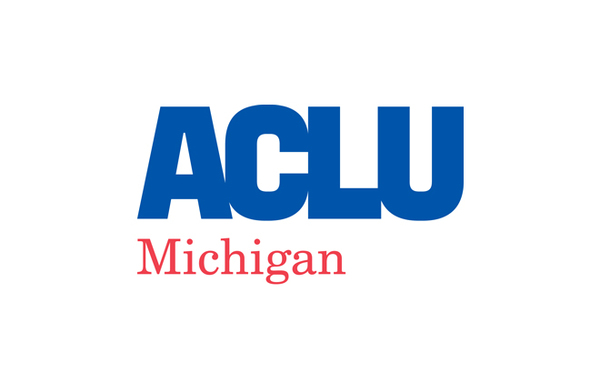 
An attorney with the American Civil Liberties Union (ACLU) is asking the Michigan Department of Civil Rights (MDCR) to help address the racial climate within Brighton Area Schools.

Racial Justice Project Staff Attorney for the ACLU, Mark Fancher, wrote a letter (posted below) to the MDCR on Tuesday in response to two particular events that have occurred within the district over the past couple of years, which he alleges "are not unique and isolated, but in fact reflect a persistent trend of racial hostility in the school district itself."

The most recent incident involved pictures that were posted on social media in late May of a Brighton High School Student who was in black face and had anti-gay slurs written on his forehead.

That incident caught the attention of the ACLU of Michigan, which was already advocating for a family in the district for a 2018 incident in which a Black child in the second grade at Hawkins Elementary reportedly had a knit cap with artificial locks involuntarily placed on his head by a teacher. In the letter, Fancher says the child "was not only humiliated when other children laughed at him, but photos were taken of the child and shared."

Fancher told WHMI that after having conversations with others in the district and looking at the demographics, the ACLU is concerned that problems in the district may be more widespread. He said one thing that jumps out as a concern is the racial homogeneity of the city and district. "Brighton is more than 99 percent white, and Brighton Area Schools has racial demographics that are not significantly more diverse."

Fancher said that while this is through no fault of anybody who lives or goes to school there, it presents a challenge to the district with respect to preparing students to engage and participate in a world that is far more diverse than what they may be experiencing locally.

The ACLU is asking the MDCR to engage with the district and look at ways to help students have a broader experience with people that don’t fit their demographic. Fancher offered some ideas but also added that education professionals may have better ones. He said one thing the district could look into is an exchange program where students participate in activities with districts that have a different makeup. They could even collaborate through technology, teaming up with a more diverse school for projects. Another option would be to revise the curriculum to demonstrate the global similarity of the human experience with respect to social, political, and economic development.

Fancher wrote in the letter to the MDCR, that the social, historical, and institutional factors that account for the enhanced benefits and protections enjoyed by the white community must be understood if racial problems are to be effectively addressed. When asked if he was advocating for Critical Race Theory, Fancher told WHMI that while that phrase has become highly politicized, it is more important now to advance these types of initiatives than at any other time. He said, “The idea that students should be sheltered and shielded from the realities of the history of the world so they can hold on to and retain backwards ideas that underscore and support ideas about certain groups being superior to others is a destructive thing and should be taken head-on. So, not withstanding, whatever controversies may exist, this is the time to forthrightly and courageously strike back against that and say ‘yes, students do need to know.’”

Though he is a lawyer, Fancher said that litigation is not something they want or feel will help, and that they hope this will become a voluntary effort to address these issues.

When asked about the letter, Brighton Area Schools Superintendent Matthew Outlaw referred WHMI to his previous statement made at the time of the Facebook photos. When those came to light, Outlaw said, "As a school district, the Brighton Area Schools, along with schools across the nation, has been working to ensure a welcoming and accepting environment for all of our students. While the district has been recognized for its inclusion work for groups such as special education students, there is still work to be done. In this spirit, a district committee was formed several months ago with immediate efforts being focused on more staff development and educational programming for our students in the fall. The district has already met with student groups to gain feedback and will be forming a parent advisory group in the fall. These efforts will continue through the summer, but we feel that we have a good plan in place to continue to make improvements as a district. In the end, it is the district's vision that our continued work on culture and climate will help to ensure that all BAS students feel part of the Bulldog Family."

Vicki Levengood with the MDCR has since sent the following statement to WHMI: “We welcome a collaboration with ACLU and Brighton Schools to assist the district in developing a plan to address the racially insensitive and hostile incidents that have taken place over the last few months and years. As part of our continuing engagement with school districts in Livingston County, our Community Engagement Team will be in contact with school administrators and families in the Brighton district. We also are in communication with ACLU to discuss a coordinated effort to provide guidance and support to Brighton along with all other Michigan schools, to help them create a welcoming and inclusive environment in which every student is valued and respected.“