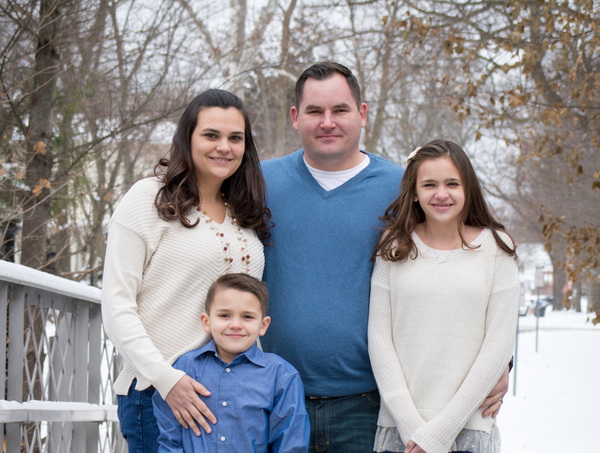 A local veteran of the Army and Navy has announced his bid for a soon-to-be open state representative’s seat.

Joe Riker from Brighton Township announced his candidacy Saturday for the Republican nomination to the 42nd state representative seat being vacated by State Representative Lana Theis, who is running for the State Senate. Riker served in the U.S. Army from 2004 until 2007 as an infantryman in the 3rd Brigade, 2nd Infantry Division, 2/3 Stryker Battalion. During his Army service, he was deployed to Iraq for a 15 month combat deployment. During that time he was awarded three Army Commendation medals, one with valor.

Once he mustered out of the Army, Riker joined the U.S. Navy from 2008 until 2013, where he served as an equipment operator in a Seabees Construction Battalion in Afghanistan and Japan. He, along with his wife Leah and their two children, then moved back to Michigan in 2013, where he earned his bachelor’s degree in psychology from Eastern Michigan University. Upon graduation, he was hired by Republican U.S. Congressman Mike Bishop to be a veteran case worker and conduct outreach. Most recently, he was given the added role as the community liaison to Livingston County for the Congressman.

In making the announcement, Riker said he believes the focus of state government should be, “freedom, family and fundamentals!” and that he wants to focus on issue of importance to residents of Livingston County including tax, auto insurance and health care reforms. He also said he would, “continue to carry on the tradition of fighting for pro-life, pro-family and pro-second Amendment values that the residents of Livingston County cherish.” Riker is the first candidate to announce a run for the 42nd District. Submitted photo: Joe Riker with his wife, Leah, and their two children. (JK)