Health Department Reports STD's On The Rise In Livingston County 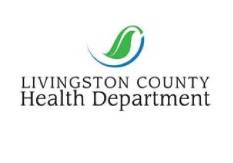 While the number of residents living with sexually transmitted diseases is going down throughout Michigan, the number is going up in Livingston County.

The Health Department’s latest volume in their informational series, “Livingston County’s Road To Community Health,” addresses the importance of STD screening and the prevalence of them among county residents. According to the report, despite recent declines in Michigan, this is the second straight year Livingston County has seen a rise in all three nationally reported STDs - those being chlamydia, gonorrhea, and syphilis. Health Promotion Coordinator Chelsea Moxlow believes educating youths is a key towards reversing this trend. She said that it is imperative that the word gets out to young adults that testing is important, safety is important, and prevention is important.

The Center for Disease Control and Prevention estimates that half of the nearly 20 million new sexually transmitted infections in the United States each year occur in young adults, aged 15-24. Moxlow said that 29% of Livingston County cases were found in youths aged 15-19, and 58% we in the 20 to 29 age group. Sexually transmitted diseases can lead to chronic pain and reproductive health complications. Anyone who has further questions or would like help with referrals for testing is encouraged to call the Health Department. A copy of the Road to Community Health Report can be found below. (MK)