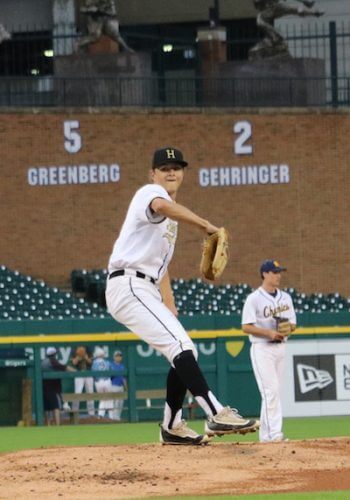 Sam Weatherly, a Howell native who has played at Clemson University the last three seasons, was drafted in the third round by the Colorado Rockies in baseball's annual draft on Thursday.

Weatherly, a left-handed pitcher, was 2-0 with a 0.79 earned-run average for Clemson in a season shortened by the coronavirus this spring. He struck out 43 hitters in 22 1/3 innings and was named a third-team all-America selection by Collegiate Baseball.

Weatherly is the highest draft pick from Livingston County since fellow Howell alum, Dave Hibner, was taken in the first round by the Texas Rangers in 1977.

Weatherly was drafted 81st overall, 16 spots higher than Drew Henson was in 1998. It's the second time Weatherly has been drafted. He was taken in the 27th round by the Toronto Blue Jays after his senior season at Howell.