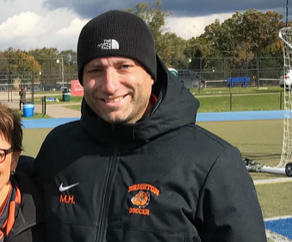 Brighton High School’s soccer coach has been recognized for his impact on the community.

Mark Howell was named Wednesday as the Michigan winner of the United Soccer Coaches Association High School Coach of Significance. The award is given to those who are coaching for character and using the soccer field to teach life lessons at the high school level. It is an opportunity for each state, in conjunction with United Soccer Coaches, to recognize coaches who are making an impact within their schools and communities well beyond their records of wins and losses.

Howell’s impact on the community was born out of his own battle with cancer, which led him to create the nonprofit Fund A Life that help individuals and families overcome emotional and financial obstacles caused by major life-altering circumstances.

In a Facebook post, Howell called winning the award one of the most humbling experiences of his life and said it was more of a testament to the people around him more than anything he had done. He added that the relationships had had been blessed with making through coaching have inspires him through his darkest times.