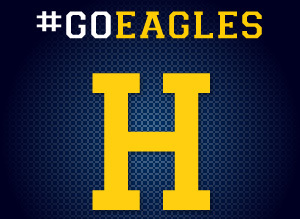 The Hartland girls basketball team is No. 1 in Division 1 in this week’s Associated Press girls basketball poll. It’s the first time for both the school and coach Don Palmer, who has been coaching girls teams at Hartland and Milford for more than 40 years.

The Eagles begin their reign at the top with a home game against Howell, a series that has become one of the better rivalries in the area the last few seasons. Both teams are unbeaten in the KLAA West.

Brighton is home against Plymouth tonight, while Pinckney is at Ypsilanti and Fowlerville travels to Eaton Rapids.

In boys basketball, the first AP poll of the season was released today, and Williamston is ranked No. 1 in Division 2. Howell and Hartland, who like the girls are unbeaten in the KLAA West, meet at Howell,. Brighton looks for its first win tonight at Plymouth, Fowlerville is home against Eaton Rapids and Pinckney is home against Ypsilanti.