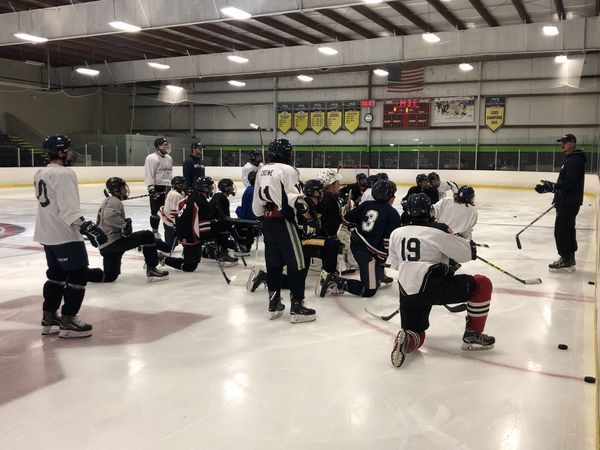 With just weeks to go until their official debut on the ice, the Cleary University men’s hockey team is deep into practices following months of recruiting and organization.

Coach Colin Ronayne began to put the staff and 24 brand new players through its paces earlier this month at their new home, the Hartland Ice House, about ten miles down the road from their Genoa Township campus. The Cougars will compete for the first time in school history October 11th when they travel to Maryland to play Towson University.

The home hockey debut for Cleary University will take place a week later on Friday, October 18th at the Hartland Ice House when Rochester University comes to town. (JK)