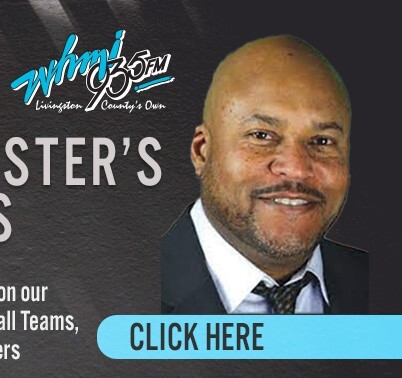 Playing inside Michigan Stadium is a big deal for anybody.

That’s why Brighton football coach Brian Lemons wants to arrive early for Thursday’s noon season-opener against Dearborn Fordson at the Big House. He wants players to take in the spectacle. He wants them to erase the jitters, take selfies with teammates and just be kids.

Then when the game begins he wants them to turn back into bull dogs. In other words he wants his Bulldogs to turn vicious and malicious. He wants them to hit Fordson players with all their might and turn into Bulldog teams of yesteryear who mauled opponents with a relentless rushing attack and a stingy defense.

This is an important early season test against a quality opponent at one of the most iconic football stadiums in the country.

“You walk out there and it’s amazing,” Lemons said. “It’s an outdoor stadium, but the depth perception and all those things are a little weird.”

The Bulldogs (4-5 last season) detoured from their usual destructive self. Youth and injuries got the best of them last season. Now the Bulldogs are more mature, and laser focused on becoming a state power again. Coaches selected them as favorites to win the Kensington Lakes Activities Association West Division, which has turned into high school football’s version of the wild mouse ride. With teams like defending co-champs Hartland and Howell along with Canton lurking anything is possible on a given Friday night.

Brighton may have been on its way to claiming a spot in the Division I playoffs last season, but they were derailed by losses to Howell and Livonia Franklin.

Brighton returns nine starters on offense and eight on defense. Senior Colin McKernan returns at quarterback, but not without a fierce battle from understudy Grant Hetherton.

The Bulldogs will run the football – a lot – and Carson Shrader with his 4.5 40 speed is expected to run the pill more than anyone else.

“I know they are hungry,” Lemons said. “I know they want to go out and prove they can win it all. Our ultimate goal is to qualify for states and to get as far as we can. If we can take care of business in our league that’s going to check off a lot of playoff boxes.”

The key players may be linebackers Hunter Harding, Griffin Bell and Luke Frisinger who each come with three years of varsity experience and three tons of mean on the field.

Being the favorite in the KLAA is not something the Bulldogs talk about. They have bigger fish to fry.

“It is a nice gesture of respect coming from the coaches in your league,” Lemon said. “They think you are going to be that strong. The reality of it is our league is so tough you can throw four or five names into a hat and not be far off from a winner.”