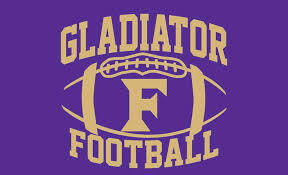 Fowlerville’s so-so 2-2 record is more of a by-product of the competition it plays rather than the competitiveness of the team. If you are not careful Fowlerville can put up big numbers. It got a slumbering running game going during a 33-14 victory over St. Johns last week.
We visit Fowlerville on Friday (7 pm) for the WHMI (93.9 FM) game of the week as it hits the wild, wild west for an important game against Williamston (3-1). The winner is back in the Capital Area Activities Conference race behind Mason and Haslett while the loser is all but eliminated from conference championship consideration.
Pregame begins at 6:35 p.m.
Fowlerville doesn’t have the best record but its two losses came to unbeaten and state ranked Corunna (4-0, ranked fourth in Division 5) and Mason (4-0, ranked seventh in Division 3). Williamston is no slouch either with its only loss coming to Mason.
Fowlerville is capable of getting on a roll because of a number of outstanding offensive weapons. Quarterback Brady Hanna has passed for 448 yards and seven touchdowns while Lorenzo Wojcik has rushed for 186 yards and gained 106 more yard through the air. He also has seven touchdowns.
Wojcik woke up a sleepy running game by rushing for 181 yards and two touchdowns against St. Johns.
Running back Blake Juopperi leads the team in rushing with 225 yards on 50 carries. Teams must also watch out for wide out Caleb Shermo who has 126 yards and two touchdowns receiving and has two interceptions.

Howell sophomore Bobby Kanka said he is going to let God decide what position he plays in college.
If he puts additional weight on his 6-foot-7 frame and soars to 300 pounds then he will likely play left tackle. If he remains a lean, mean- fighting machine (240 pounds) then he plans to play tight end.
He is the most heavily recruited sophomore football player in Livingston County and is the star baby booming group of sophomores who make Howell football click.
“I am just focused on the fundamentals,” he said. “I am just letting it all sink in.”
Kanka transferred from Pinckney, drawing media scrutiny and an investigation from the Michigan High School Athletic Association. It was first reported in The Detroit Free Press that Kanka’s transfer may have violated MHSAA guidelines. But it was determined that his dad got a new job and moved his family to Howell.
Kanka was ineligible the first game of the season but has played ever since. His highlight film is mostly a collection of him pounding players into the turf at tight end or stuffing ball carriers at the line of scrimmage at defensive end. He is also a dangerous pass catcher which is another reason he has offers from Michigan, Central Michigan, Miami (Ohio) and Syracuse.
By the time the recruiting drama is complete he plans on having visit Ohio State, Penn State and Cincinnati.
Kanka has gotten plenty of publicity because of football, but remains a well-mannered, level-headed kid that is loving his new situation and teammates at Howell. He’s especially tight with left guard Shawn Turpin and linebacker Brady Robison.
“They are just guys I would be around even if we were not playing football,” Kanka said. “I am so excited to be playing with these guys the next few years.”