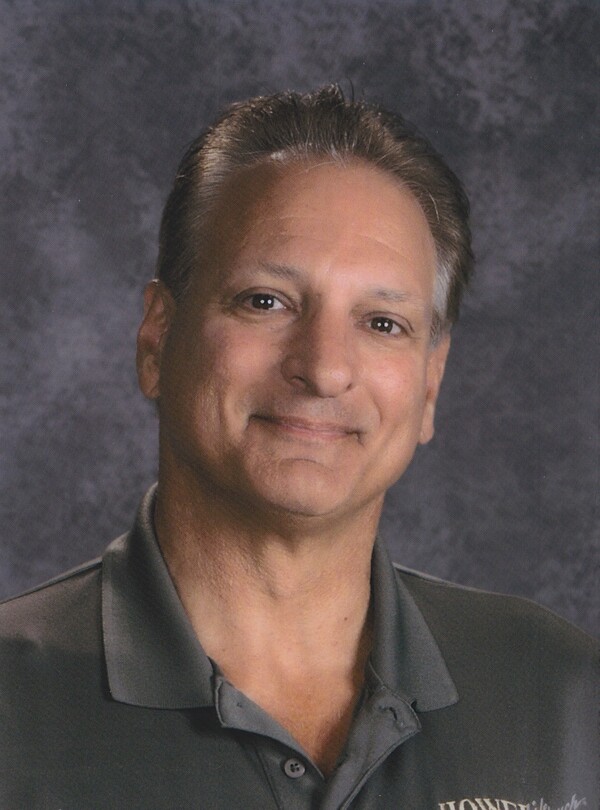 John Young, Howell Public Schools athletic director has been selected as the Michigan Interscholastic Athletic Administrators Association Regional Athletic Director of the Year for Region 11. He is one of only fourteen administrators state-wide to be honored by the MIAAA, and will be presented the award in Traverse City on March 20, 2022, at the annual MIAAA Mid-Winter Conference.

Below is the full press release:

HOWELL, Mich., March 17, 2022 - John Young, Howell Public Schools athletic director, has been selected by the Michigan Interscholastic Athletic Administrators Association (MIAAA) as the Regional Athletic Director of the Year for Region 11. Young is one of only fourteen administrators state-wide to be honored by the MIAAA. He will be presented the award in Traverse City on March 20, 2022, at the annual MIAAA Mid-Winter Conference.

“I have encountered hundreds of Athletic Administrators and, while many of them are exemplary, few display the character and integrity that Mr. Young has every day. His loyalty, along with his commitment to student-athletes, their families, and his school community, are those of one that are exemplary. We in the KLAA are truly blessed to have an opportunity to work with him every day,” said Brian Gordan, Novi Community Schools director of athletics.

“I am honored to receive the Regional Athletic Director of the Year Award and would like to thank my colleagues for the recognition. Awards such as this are a reflection of the work of many people,” said Young. “I am extremely blessed to have a tremendous staff in Susan Jones and Mary Benear and great support from the Howell Public Schools administration. Our strong coaching staff and a great group of event workers contribute to Howell Public Schools reputation for excellence. The KLAA has some of the top athletic administrators in the State and I am fortunate to have the opportunity to collaborate with them on best practices every day.”

“John is a true asset to our student-athletes, families, and community. He works tirelessly to support our numerous athletic programs and sets a high standard of athletic and academic excellence for our student-athletes,” said Erin MacGregor, Howell Public Schools superintendent. “Under John’s leadership, we have had several teams advance to the finals of their respective postseasons, frequently have students earn all-state athletic and academic honors, and have expanded athletic opportunities for our school community.”

Young has been involved with the MIAAA, the Michigan Association of Secondary School Principals (MASSP), and the National Association of Sports Commission (NASC) throughout his career. He received the Bradley University Outstanding Leadership Award and the Lansing City Council Appreciation.

Young has a long history with both high school and college athletics. Before coming to Howell in 2016, Young served as the athletic director at John Glenn High School in Westland. Additionally, he was the first athletic director at Skyline High School in Ann Arbor, where he helped develop the school’s athletics program. Young has coached baseball at the University of Michigan, Michigan State University, and Bradley University. Young was also a founder of the Greater Lansing Sports Authority.

Young earned a Bachelor of Science Degree in Education and Master of Education Degree from the University of Michigan, where he was a four-year starter on the baseball team, named to the Big Ten All-Tournament Team, and hit .400 in the College World Series.