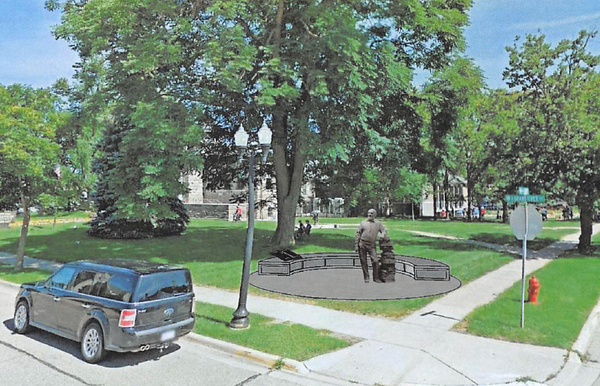 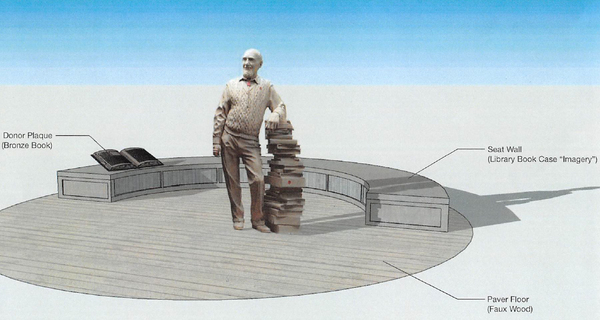 Duane Zemper was 96 when he passed away in 2016, leaving behind a legacy of community service and historical preservation. A decorated World War II combat photographer, Zemp moved to his wife’s hometown of Howell after the war, eventually co-founding the Howell Area Archives, preserving pictures dating back to the 19th century that otherwise would have been lost. He was also a lifelong volunteer, donating both time and money to local organizations including a 66-year record of straight attendance at Howell Rotary meetings. He was also an All-American at Eastern Michigan University and U.S. Olympic track qualifier.

To honor that service, a committee of community leaders began the Duane Zemper Legacy Project to help fundraise for the creation of a statue of Zemper. It’s that statue that will be unveiled Sunday at 1pm on the front lawn of the Howell Carnegie District Library featuring a Missing Man flyover and Honor Guard salute. Following the unveiling there will be a Meet and Greet at the Howell Opera House to celebrate Zemper’s 99th Birthday. Cake and punch will be served.

Some of Zemp’s work will also be on display at the Opera House as well as the Emmy Award Winning film “Through the Lens of Duane Zemper” along with the film “Creating the Zemp Legacy Monument”, put together by artist Colin Poole, who created the statue along with his wife Kristine. You’ll find additional information about Sunday’s event through the link below. (JK)