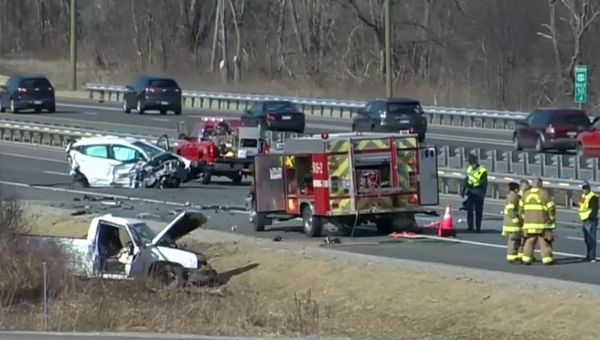 Alcohol has now been determined to be a factor in the crash caused by a wrong-way driver on US-23 that killed two people.

Michigan State Police from the Brighton Post responded to the crash on US-23 southbound near Six Mile Road the afternoon of April 8th. In total, four cars were involved in the crash and four people were hospitalized. Investigation indicated that a Chevy Bolt driven by 74-year-old Edwin Brown of Chelsea was heading northbound in the southbound lanes of US-23 when he struck a Ford Fusion with three occupants, killing two passengers.

State Police are seeking two counts of operating under the influence causing death against Brown, although he could face additional charges. Assistant Post Commander Lt. Mario Gonzales told WHMI they submitted the warrant request to the Washtenaw County Prosecutor’s office Thursday. Killed in the crash were two Ohio women; 51-year-old Debbie Pinson and 56-year-old Cathy Kretzschmer. Police said Pinson was the girlfriend of the 53-year-old male driver of the Fusion, who was hospitalized following the crash. Kretzschmer was his sister. Two Ann Arbor residents in a Chevy Silverado that was struck were also hospitalized and treated for injuries. All have since been released.

Brown, the identified wrong-way driver, remains hospitalized at the University of Michigan Medical Center in Ann Arbor. He was originally listed in serious condition but was last listed as stable. Photo: ClickOnDetroit.com (JM)