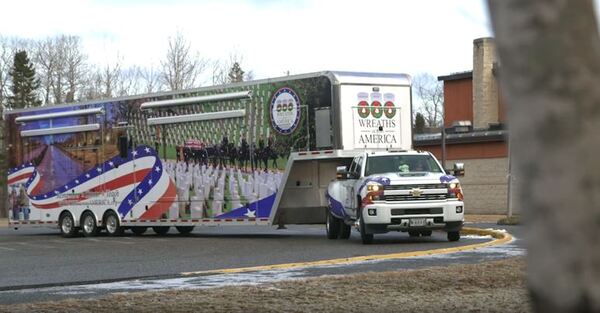 
The Wreaths Across America Mobile Educational Exhibit will be making a stop in downtown Howell early next month and organizers are hoping for a big turnout.

The goal of the exhibit is to bring the community together and teach patriotism while remembering the service and sacrifice of the nation's heroes.

The Howell City Council approved the civic event application for the educational mobile museum at a recent meeting.

Connect Five Veterans Foundation Treasurer Dale Brewer said they’ll be co-sponsoring the exhibit with the Fowlerville 4th of July Committee. He said they’ve had that partnership for the past three years and have been able to sponsor around 200-300 wreaths in Fowlerville’s Greenwood Cemetery, which has a little over 400 graves.

Brewer stated that the mobile exhibit is a very special event and something that doesn’t show up in every community so they’re honored to be able to bring it in. He said the exhibit will last around six hours and they requested to close State Street for the event and all of the associated activities.

The exhibit will be located on State Street between Grand River and Clinton Street on Saturday, June 4th.

Street barricades will be set up, and a police and motorcycle escort is being planned to bring in the exhibit.

Per City policy, the sponsoring organization is billed 50% for the cost of City services.

The approved hours are from 7am to 10pm to allow extra time for setting up and tear down.