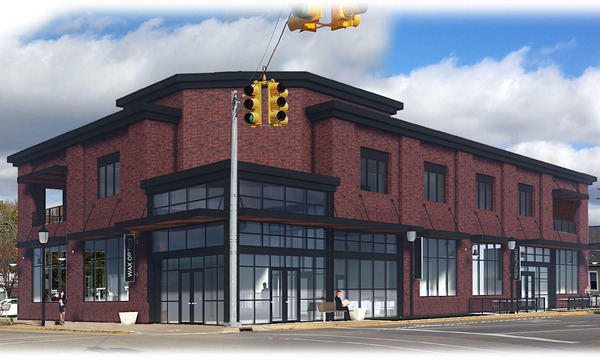 Ground has been broken for a new development on the former site of a historic Linden building that burned down more than a decade ago.

The Union Block in downtown Linden, which was built in the 1870’s, was destroyed by a fire almost twelve years ago. Earlier this month, workers began the foundation work on a new development that will house two as-yet identified tenants on the first floor, and Dr. Wax Orthodontics and another tenant on the second floor. Dr. Nicole Wax owns the parcel.

Once completed, the two story building (an artist's rendering is pictured here) will offer nearly 15,000 square feet of space and include a 23-space parking lot that be accessed by North Bridge Street. Sidewalk, utility and landscaping improvements will also be made and an ADA and loading ramp will tie into the sidewalk.

An official groundbreaking ceremony is expected in the coming weeks. (JK)