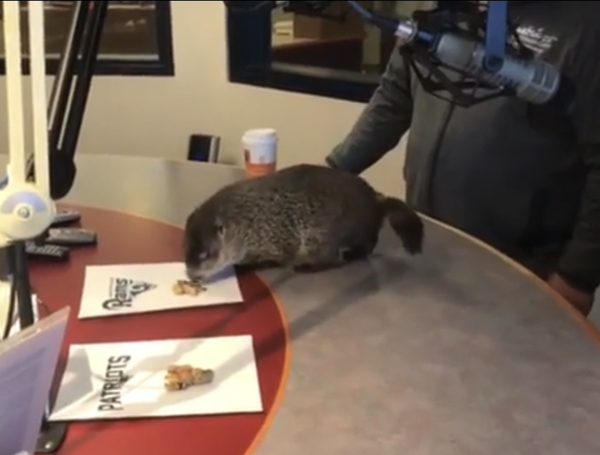 While most of us remain burrowed inside during this polar vortex that has descended on the Midwest, a weather reprieve is on tap for Livingston County's resident weather-guessing woodchuck as she makes her annual prediction this weekend.

A ceremony and events are planned Saturday to see if Woody from the Howell Conference & Nature Center will see her shadow or embrace the possibility of an early spring. This will be the second year with Woody for John “J.C.” Carlson, the center’s chief executive officer. Carlson told WHMI’s Mike & Jon in the Morning that they have a full morning of fun planned, starting at 7:30am with a continental breakfast, a costume contest and then the prediction right at 8:15am.

Woody’s fame is beginning to match that of the better-known Punxsutawney Phil. In fact, Wildlife Coordinator Beth Baumgartner says Woody's reputation remains unrivaled, having correctly forecast the length of winter 15 out of 19 times. Although Phil claims to be correct in his predictions 100% of the time, a check of the records shows it’s more in the 40% range. Woody also made her annual Super Bowl pick while in the WHMI studios and went for the Los Angeles Rams to defeat the New England Patriots (pictured).

Details about Saturday’s celebration can be found online through the link below. (JK)