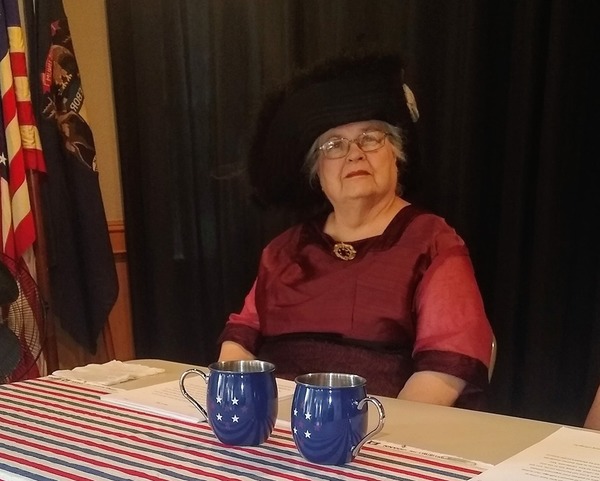 A live presentation called “History Alive – Yea or Nay” - is being put on by the Livingston Players theater group, beginning this weekend. The discourse was written by Sue Tucker, who borrowed on material from historical records, and relates more to the Michigan suffrage movement than the national movement.

In Michigan, the right to vote for women passed in 1919, a year before the 19th Amendment passed in Congress, which gave women the right to vote nationally. One of the two debaters in the discourse, Jennie Ross, says that for women in Michigan, suffrage was more of a practical matter than a philosophical issue, centering on women having the same rights as men regarding property and other legal matters.

The other debater is Elyse Cron, a professor emeritus at Oakland University. She says her mother was the inspiration for her strong views on women’s rights and for deciding to do the production. Cron says her mother was born in 1900 and, thanks to the 19th Amendment, was able to vote in the presidential election of 1920.

The show will be presented this Friday and Saturday at 7:30 p.m., during A Taste of Brighton, and Sunday, the 14th, at 3 p.m. It will be staged a second weekend, with evening performances on Friday and Saturday, July 19th and 20th, and a matinee on Sunday, July 21st. Tickets are $10 each and can be obtained online at livplayers.org or at the CoBACH Center during regular business hours.

The CoBACH Center also has a historical exhibit on the women’s suffrage movement that is being shown concurrently with the History Alive debate. The presentation, entitled “Petticoat Patriot Exhibit”, will continue from now through August 23rd. It comes through the auspices of the Michigan Women’s History Center and displays 11 panels chronicling the history of the women’s suffrage movement in Michigan. It is free to the public. The CoBACH Center – known historically as the Old Village Hall, is located at the corner of West Main and St. Paul streets in Brighton. (TT)