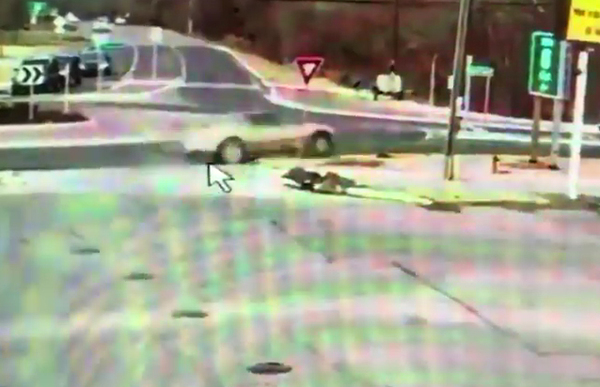 A Fenton woman is facing drunken driving charges after she drove through a roundabout six times last weekend.

The incident happened about 2:30 Saturday afternoon and was caught on a surveillance camera at Smitty’s Exit 80 Sunoco. Fenton Police say the woman told officers she has just been involved in an argument and went for a drive to relieve stress and just started going in a circle. After half a dozen trips through the roundabout, the woman is seen running over a curb and then driving off. A Fenton Police cruiser is then spotted pursuing her.

The woman reportedly caused damage to the undercarriage of her vehicle making it inoperable. The woman was arrested for operating while intoxicated as well as reckless driving. (JK)