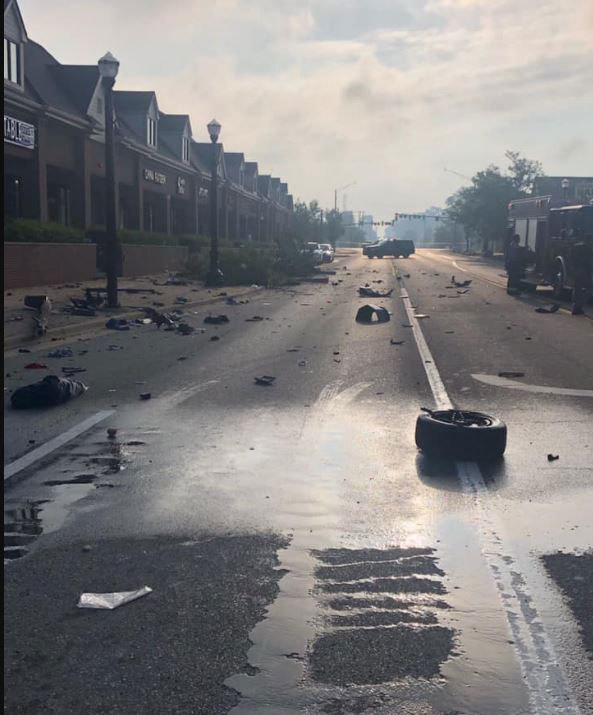 The investigation into a single vehicle collision that happened in downtown Wixom earlier this summer remains ongoing.

The incident happened August 17th on Pontiac Trail, between Wixom Road and Old Wixom Road. Surveillance video shows a vehicle barreling down the road at a high rate of speed and the area was blocked off to traffic for hours due to the extent of damage. The driver was injured and there was severe property damage involved. Wixom Police and Fire Departments responded, along with neighboring police agencies. In a recent Facebook post, Police Chief & Public Safety Director Ron Moore indicated there have been public inquiries but he has been intentionally quiet about the aftermath of the incident so as not to compromise the investigation. He went on to say there is an active, ongoing criminal inquiry into the matter and Wixom Police detectives are still gathering details surrounding the incident so that a complete picture may be presented to the prosecuting attorney.

The surveillance video can be viewed through the link. Facebook photo. (JM)