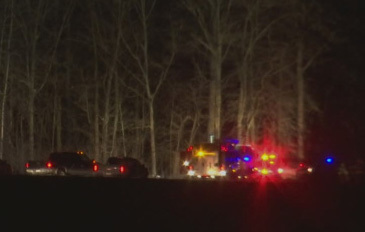 The two Livingston County teens killed in a single-car crash on I-96 near Williamston have been identified.

Juliana Ward-Brown, a Howell High School student, and Darian Locklear, a Brighton High School student, were involved in the crash that happened Tuesday afternoon near Williamston Road. Their names were included in emails sent out to parents in their respective districts. Both girls were just 16-years-old. They were heading west when their vehicle went out of control, entered the median and hit a tree.

Police closed the westbound lanes between M-52 and Williamston Road for about four hours. The Ingham County Sheriff's Office and Williamston Police Department assisted at the scene, as did the Williamston and Leroy Township fire departments and paramedics from the Northeast Ingham Emergency Services Authority. The crash remains under investigation, but authorities say alcohol does not appear to be a factor. Picture courtesy of WLNS.(JK/DK)