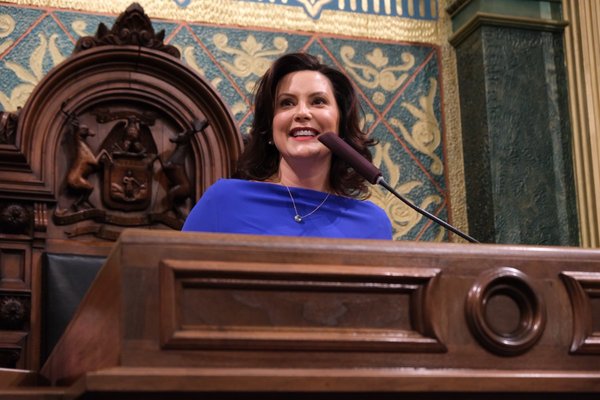 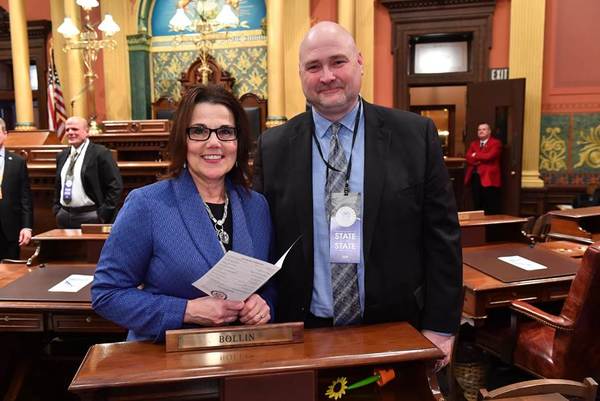 The Governor spoke during a joint session of the Republican-led Legislature - focusing on failing roads, crumbling bridges, toxic chemicals, water quality, distracted driving, poor education results and a "skills gap" for many workers in the state. Governor Whitmer also referenced severe budget constraints and other challenges that make it harder to get ahead in the state. Whitmer stated that divided government doesn’t have to mean gridlock, stating she is open to ideas and committed to solving problems but promised to veto any bills designed to cut out the public’s right of referendum. Quality, affordable healthcare and climate change were also highlighted. Whitmer further questioned if the legislature has the wisdom to put partisanship aside and get the job done for the people they serve.

Absent from the speech was any mention of state revenue sharing and local municipalities say they’ve been getting shortchanged for years. Fenton Mayor Pro-Tem Patricia Lockwood says communities throughout Michigan have lost over $5 (B) Billion in revenue sharing dollars, which were diverted to fix the state’s budget. She says that has forced municipalities to cut back various services including roads and they are now seeing the results of those cutbacks. Lockwood says they’re looking for the state and governor to really address the issues of revenue sharing to the locals. She says roads and infrastructure are the number one issue facing most communities right now because of a lack of state revenue sharing, which the state is required to distribute per the Constitution but has not fully implemented. Lockwood says one of the most important things communities throughout Michigan can do is take care of their residents but that’s dependent on revenue sharing and the state has been very lax in doing that.

Lockwood says the Michigan Municipal League has been talking about the lack of revenue sharing for a long time, basically since 2001, and they’re hoping the new administration will get serious regarding the lack of funding that comes to local communities in the state. Lockwood also stressed that local control must remain at a local control level. She says everything starts at the local level because that’s where residents live, work, play and depend on local government for all of the different services. Due to the lack of state funding, Lockwood says many local municipalities can’t fix roads and have to implement city taxes or seek out other funding sources such as road millages. Lockwood says Fenton has the same budget challenges and issues with roads and aging infrastructure as other communities. She noted there is a lot of underground infrastructure, water and sewer, that needs to be repaired or replaced that people can’t see but the City can only capture so many dollars. Lockwood added there are also sections of roads that are not good, especially in older communities and neighborhoods that need help – noting a proposed road millage was recently turned down by voters and the City is still working through next steps. A millage request in nearby Linden failed as well. Lockwood says she thinks people are frustrated because they’re paying a lot of money and don’t see the results. She says infrastructure improvements and good roads are so important to a local community and there are many great communities with great people but if you don’t have the roads to get to point A or B, it’s a big problem. Ultimately, Lockwood is hoping everyone can work together at the local, state and federal level so communities will survive and not just by the skin of their teeth but by providing the best services possible for their residents. She says communities cannot do it alone and they’re looking to the governor and legislature to work with the MML and elected officials from local governments so they understand the problems that people have in small towns, big cities, villages and townships - and then work together to solve problems for residents. Lockwood also referenced the a MML campaign called Save MI City which aims to educate Michigan residents, decision makers, and businesses about how municipalities are funded in the state and why the current system does not work.

Republican State Representative Ann Bollin recently served as Brighton Township’s clerk, up until being elected. Bollin said she sensed a very strong spirit of cooperation and an eagerness to get to work, adding she thinks they have a lot of common. Bollin said she doesn’t think it’s partisanship at all but people first to address roads, auto insurance reform, P-FAS issues and education. She noted the past eight years have been good but they must keep moving forward with a successful formula to address the emerging needs and longstanding needs in a responsible manner. Bollin said she thinks people appear that they want to work together and thinks they have common goals - it’s just a matter of how they get there. She stressed the state is better off now than it was than eight years ago when government finances were in shambles the unemployment was the highest in the nation. Bollin says the state has made tremendous strides but there is much work to do and these are very costly problems - aging infrastructure, P-FAS and education. She says they must be mindful of the direction the state is headed in but also mindful of the taxpayer. Bollin feels roads and infrastructure need to be addressed, along with jobs and the economy while staying on stay on top of the P-FAS issue – adding she was glad to hear the governor’s desire for more transparency. Bollin said equally important is making sure they are not crippling the economy with over regulations or higher taxes. Bollin said she definitely sensed a spirit of cooperation and all are important matters but now they have to find the road map to get there – adding she’s looking forward to getting the Governor’s budget and getting to work. While nothing was specifically mentioned during the speech about state revenue sharing, Bollin sits on the General Government Appropriations Committee and said they need to make sure they are funding local governments properly so they can carry out their responsibilities to protect the public’s health, safety and welfare at that level. Bollin was joined by Cleary University President Jayson Boyers on the House floor for the Governor’s address and said she’s also looking forward to working with him on higher education issues.

State Senator Lana Theis, (R-Brighton) also commenting on the address, saying, "Tonight, the governor highlighted her priorities for the year, and I am glad that lowering auto insurances rates was one of them. Our state has improved significantly over the past eight years, but the impact of the astronomically high cost of automobile insurance remains Michigan’s number one problem yet to be resolved. Senate Republicans are working hard to develop a solution that provides real and lasting change. I look forward to working with the governor’s administration to accomplish our shared goal of reducing auto insurance rates for Michigan motorists.”

Whitmer pledged that her upcoming state budget to be delivered March 5th will offer a real plan to fix roads and infrastructure and make Michigan a home for opportunity.(JM)