Whitmer: Gyms Can Reopen; Sports Can Resume, But Not Advised 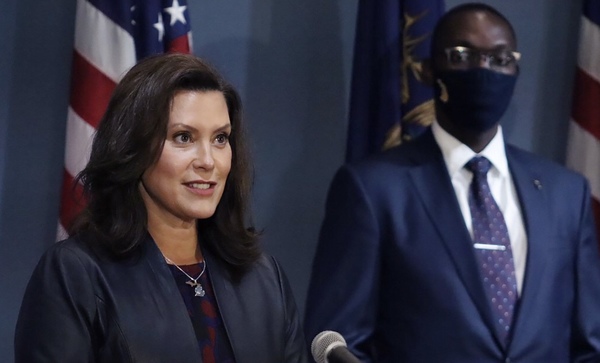 Gov. Gretchen Whitmer announced Thursday that gyms can reopen after 5 1/2 months of closure and organized sports can resume, lifting some coronavirus restrictions that lasted longer in Michigan than in many other states.

The order, which is effective next Wednesday, allows for reopening fitness centers and indoor pools in remaining regions that hold 93% of the state’s population, subject to safety rules. Masks will be required at all times inside gyms, including during exercise. They opened in less populated northern counties in June, subject to smaller class sizes.

The governor, a Democrat, also allowed athletic competitions to resume in regions where they are restricted. Her administration released separate guidance, however, recommending against — but not prohibiting — sports involving more than occasional and fleeting contact: football, basketball, soccer, lacrosse, hockey, wrestling, field hockey, boxing and martial arts with opponents.

Whitmer did not reopen movie theaters despite some media reports that she would. Bowling alleys, roller rinks and ice rinks can open but only for the sole purpose of serving as a venue for organized sports.

The governor urged the schools districts and athletic associations to follow the guidelines issued by the state health department, which reported 36 outbreaks involving sports teams and facilities in August.