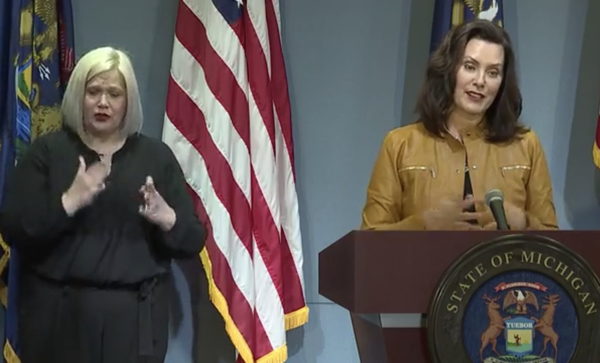 LANSING, Mich. (AP) — Michigan Gov. Gretchen Whitmer said Thursday that auto and other manufacturing workers can return to the job next week, further easing her stay-at-home order while extending it through May 28 because of the coronavirus pandemic.

She said that although the state is “not out of the woods yet,” reopening factories that have been closed since mid-March is an important step to gradually reopening the economy.

Manufacturers can resume operations on Monday, which is key for auto parts makers a week ahead of automakers’ planned May 18 restart. Plants must adopt measures to protect their workers, including daily entry screening and, once they are available, the use of no-touch thermometers.

Manufacturing will be the second major industry to fully reopen in the span of five days. Construction restarted on Thursday.

The Democratic governor, whose emergency powers are being challenged in court by the Republican-led Legislature, lengthened the shelter-in-place order to last nearly two more weeks in a state where more than 4,200 people have died from COVID-19 complications. The restrictions had been scheduled to expire May 15.

Michigan, which is home to the Detroit Three carmakers, has about 630,000 manufacturing workers who make up 13% of the state’s workforce. John Walsh, president and CEO of the Michigan Manufacturers Association, estimated that more than half were temporarily laid off because of the pandemic and the moves taken to slow the virus’s spread.

He credited Whitmer for bringing together business and labor leaders “to ensure our workers can return to the job safely. The safety of our workers is our top priority, and I am confident that Michigan manufacturers are prepared to deliver on the worker protections included in today’s order,” he said.

The measure requires businesses to train their employees on using personal protective equipment, including wearing masks when they cannot consistently stay 6 feet from others. Face shields should be considered for those who are closer than 3 feet apart.

Fiat Chrysler and General Motors have said they will reopen plants starting May 18, while Ford has not officially announced a date.

The Original Equipment Suppliers Association, a large parts manufacturer supplier trade group, said its members asked Whitmer to let them restart operations at least five days ahead of when the carmakers planned to restart factories.

At least 25 employees at auto facilities represented by the United Auto Workers have died as a result of COVID-19, although it is not known if they were infected at work. The union said it wants as much testing as possible and a commitment to the full testing of workers as soon as it is available.

The plant closures have cut off almost all revenue for the automakers, which count the money when vehicles are shipped to dealers.

Although case numbers are improving, the Governor commented everyone is still safer at home. Statewide, there are 45,646 confirmed cases and 4,343 deaths. In Livingston County, there are 368 confirmed cases, 87 probable cases and 20 deaths. 284 people have recovered and there have been 71 hospitalizations. That marked an increase of 2 cases since Wednesday.