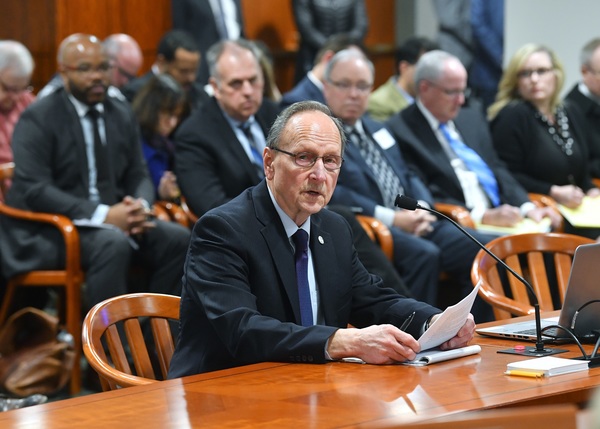 A local lawmaker is among those appointed to a task force focused on lowering the cost of prescription drugs.

Governor Gretchen Whitmer made the announcement today that she was creating The Prescription Drug Task Force, with Republican State Representative Hank Haupel of Handy Township among its members. Whitmer said in addition to legislators, the panel also consists of leaders from the departments of Health and Human Services, Insurance and Financial Services, and Licensing and Regulatory Affairs. Vaupel, who is term-limited and serving his final year in the State House, chairs the House Health Policy Committee, which is responsible for deliberating on issues related to public health, health professionals, mental health and wellness, and overall access to health care.

Whitmer says that over the past six years, the average price of drugs prescribed to treat diabetes, heart disease, depression, and other common conditions has more than doubled. To help remedy this, the Prescription Drug Task Force will identify strategies and recommend legislative and administrative actions that can be taken to increase transparency in the pricing of prescription drugs and to lower costs for Michigan families.

The Task Force will complete its work and submit a final report to the governor detailing its findings and recommendations by August 15th. (JK)