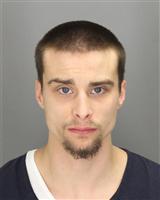 A White Lake man has been sentenced following his conviction for shooting his former roommate.

24-year-old Brandon Lee Morfitt pleaded no contest in August to assault with intent to do great less than murder and a felony firearms count for the January 4th shooting of a 22-year-old man. White Lake Township police found the victim lying on a porch of a home in the 300 block of Willow Lane when they arrived after being dispatched on a disturbance complaint. The victim had been shot in the abdomen and was seriously injured. Morfitt had originally faced four counts, including attempted murder. Those were dropped in exchange for the plea. At his sentencing, Morfitt was ordered to serve 2-10 years on the assault charge and a separate two year term on the felony firearms count. Had he been convicted on the original attempted murder charge, Morfitt could have faced up to life behind bars.