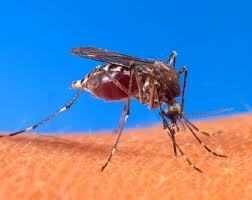 
It's the height of mosquito season in Michigan and the first West Nile Virus cases have been found in residents in the southeastern part of the state.

The first cases were detected in residents in Oakland and Macomb counties. Mosquitoes collected in the City of Detroit and Bay, Kent, Macomb, Midland, Oakland and Wayne counties have tested positive for West Nile Virus and Jamestown Canyon Virus (JCV).

As of Friday, 22 mosquito samples, eight birds, one squirrel and one horse have tested positive for West Nile.

Additionally, the Eastern Equine Encephalitis virus or EEE was identified in a horse and sick deer from Livingston County and a mosquito sample from Barry County. It’s a rare disease caused by a virus also spread by mosquitos.

A recent post on the Livingston County Health Department Facebook page said EEE has been identified in several animals in the county. EEE is said to be fatal in 33% of human cases.

The risk for mosquito-borne illness rises throughout the state over the course of the mosquito season, peaking in August and September.

State and local health officials are advising residents to take preventive measures to keep from getting bitten by mosquitoes. That includes wearing shoes and socks, using insect repellent and ensuring that the doors and windows in homes are repaired and have tight-fitting screens.