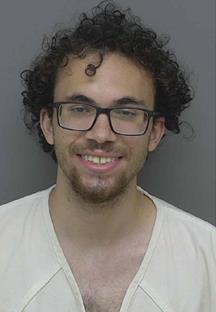 
A West Bloomfield man charged with an armed robbery at the Tanger Outlet Center in Howell Township has entered a plea.

22-year-old Adrian Harrell was charged with armed robbery and 3rd degree fleeing and eluding a police officer for the July 2019 incident. In court this morning, he entered a plea deal with prosecutors in which the armed robbery count was dropped and replaced with a count of unarmed robbery.

Harrell was arrested after Livingston County Sheriff’s deputies were dispatched to the outlet center after a Milford woman reported that she had been approached by a male suspect, later identified as Harrell, as she was removing her two young children from her vehicle. She said the man demanded her purse while displaying a knife, and then fled in a gray Honda sedan. She was able to provide a description of the vehicle to the deputy, who located it parked nearby.

After activating his emergency lights, the deputy said Harrell fled the scene, entering westbound I-96, before exiting at Fowlerville Road. That’s where they were able to stop the vehicle with assistance from a Michigan State Police Trooper from the Brighton Post and Fowlerville Police.

Harrell faces up to 15 years in prison when he is sentenced July 1st by Livingston County Circuit Court Judge Michael Hatty.